Who are the big six energy suppliers?

In this guide, you’ll learn about the following:

Who are the big six energy suppliers that dominate the market?

When comparing energy suppliers, you may have heard of the ‘big six’. This refers to the nation’s six biggest energy suppliers, which are collectively responsible for supplying 79% of UK homes with gas and electricity.

The big six energy companies in the UK are SSE, EDF Energy, British Gas, npower, E.ON and ScottishPower. Together, they’ve dominated the energy market since the government passed the Electricity Act of 1989. This privatised the energy industry, splitting the Central Electricity Generation Board into three new groups: Powergen, National Power and Nuclear Energy, and the National Grid. This enabled the growth of the big six, which have changed over time due to an ongoing series of mergers, acquisitions, and additional privatisation. Most recently, SSE’s domestic customers have been acquired by OVO, while E.ON is in the process of transferring npower customers to its own customer base after acquiring the company in 2019.

Although there is some variation in price between these suppliers, there have been past claims of price fixing when their prices fall or rise at the same time. However, a 2013 review by the Financial Conduct Authority and Ofgem found no evidence of price rigging after a close investigation.

Despite this criticism, these six energy suppliers continue to power and warm most British homes.

British Gas is part of the larger Centrica plc multinational conglomerate, headquartered in Berkshire. It supplies six million UK homes with electricity and 11 million with gas. The company was first launched in 1973 as the British Gas Corporation, which merged a series of localised, regional gas boards dating all the way back to the early 1800s. This makes it the UK’s original gas supplier. After it was privatised in 1986 according to the Gas Act, it went through a series of mergers until it was brought together under the Centrica name in 1997.

The second largest supplier in the UK is SSE, formerly known as Scottish and Southern Energy. It was formed after a Scottish hydroelectricity project and the Southern Electricity Board merged to create a national provider. Current brands that fall under the SSE umbrella include Southern Electric, Scottish Hydro, Atlantic and SWALEC. SSE supplies nearly nine million homes with power. The brand’s domestic business was recently acquired by OVO Energy, which continues to run it under the SSE banner.

Formerly known as Powergen after the Electricity Act passed in 1989, this big six supplier became E.ON in 2007 when it was acquired by a German energy company. E.ON focuses on using technology to improve its service with an innovative roster of products and plans. It currently powers roughly seven million homes, making E.ON the nation’s third largest supplier.

The next big six supplier is EDF Energy, which provides services to six million households in the UK. It’s owned by the French state-controlled EDF provider, which also acquired nuclear generator British Energy. As a result of its nuclear power stations and abundant wind farms, EDF is particularly well-known for providing low-carbon electricity.

National Power was another company which emerged after the privatisation of the 1989 Electricity Act. It was rebranded as npower after acquisition by German company RWE in 2002. Today, it supplies approximately five million homes with electricity and gas services. The company’s parent was acquired by E.ON in 2019, and still trades under its own name, although plans are for it to merge fully with E.ON.

The final of the big six is ScottishPower, formerly known as Clyde Valley Electrical Power Company. It provides energy to five million UK homes, with customers both inside and outside of Scotland. The company was formed in 1990 when the Scottish energy supply network was privatised, and it still operates a good percentage of the regional distribution network. In 2006, ScottishPower was acquired by Spanish energy company Iberdrola.

Are there any alternative energy suppliers to the big six?

While nearly four in five UK homes have energy plans with the big six, there’s a wealth of alternative options. The UK’s small and independent energy supplier list is always growing. Many of these smaller companies can provide better deals than the big six, and they often provide a more personalised level of customer service due to their smaller sizes.

But despite these potential benefits, why are so many UK customers sticking with the big six? According to recent polls, most are afraid that the independent providers will go out of business. It’s true that small suppliers don’t have the lengthy history and track record of some of the larger companies (although some companies like Ecotricity can trace their origins back decades). However, there are consumer protections in place to help customers if a small supplier goes bust, with industry regulator Ofgem stepping in to ease the transition if necessary.

Some of these smaller suppliers are strictly dedicated to keeping prices as low as possible, stripping out unnecessary marketing costs. Others focus on sustainable or green energy sources. No matter where your priorities may lie, there’s probably a good fit out there.

Although the big six energy companies have dominated the market since the early 2000s, their influence is waning according to recent market statistics. Ofgem figures show that all six of these suppliers have been in steady decline since 2014, as an increasing number of customers switch to smaller suppliers.

What criticisms are there of the big six energy suppliers in the UK?

The big six generate plenty of negative headlines. The main issue many people have with their dominance of the market is a lack of competition. When a small group of businesses sit at the top of the market like this, it can potentially result in higher energy bills as there’s less need for the energy giants to compete with one another. Although they stand as separate entities, in truth the big six also trade and buy energy from one another. This leads to a lot of potential crossover in what should be a competitive market economy.

In the UK, the ruling economic principle is that the more companies exist, the more competition there will be, leading to better deals for customers.

At the same time, it’s important to note that any concerns about lack of competition and price fixing amongst the big six energy companies may be misplaced. Although they tend to raise prices at the same time, this is often due to a global rise in market prices. There have been many reviews of the big six companies by the FCA and Ofgem, none of which have ever found any evidence of price fixing.

Another reason why the big six suppliers are criticised is due to their Standard Variable Tariffs. These are default rates for customers, which are usually far higher than lower fixed price plans or introductory deals. When customers don’t switch suppliers, they may automatically be moved onto the standard variable tariff and pay higher rates for energy. Ofgem data shows that these SVTs can be hundreds of pounds more expensive than alternative plans, even with the price cap in place.

Are the big six energy suppliers right for me?

Despite these criticisms and potential pricing pitfalls, there’s no need to rule the big six out completely. The energy they supply is the same as smaller companies, and prices will vary according to your region and level of household use. To find out whether you’re getting the best rate, it’s always a good idea to use a comparison service to see what the current deals are. If you prefer the security of a large supplier, one of the big six might be right for you.

In terms of customer service ratings, smaller energy suppliers usually come out on top. This is because with fewer customers, they’re better able to give you individual attention. You’ll also usually find more competitive rates from a small company.

How do I switch energy supplier?

Research from Uswitch shows that only four out of 10 households have ever changed energy supplier, even though doing so can save hundreds of pounds in one year alone. Whether or not you currently have an account with a big six supplier, it’s well worth comparing your options.

Switching supplier is easy. There’s no need to replace your pipes or cables, nor will you experience any interruption to your supply.

To get started, all you need are some basic details including your postcode and most recent energy bill. Plug this data into the comparison tool and you’ll see a list of deals available in your area. Compare your options carefully, not simply looking at prices but also at whether the rates are fixed or variable. Read customer service ratings and reviews to find out if the new supplier could be a good match.

Once you’ve found a plan that you’re happy with, the new supplier takes all the hassle out of the process. They’ll contact your old supplier to arrange a changeover. Switching takes just minutes on your part, and the switch itself should be completed within 21 days. 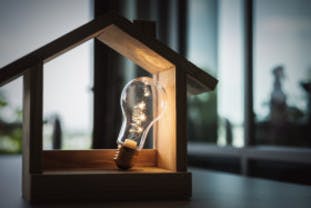 Who supplies my gas and electricity?

Could you save money on energy? Find out who supplies your energy, and discover if switching provider could save you money. 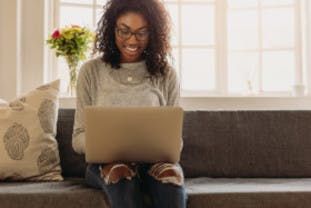 How to compare energy prices 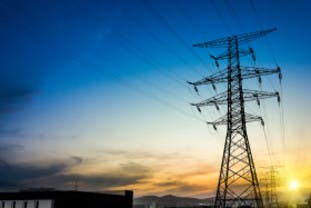 How to switch to a small energy supplier

In 2019, small energy suppliers occupy a significant portion of the UK market. Could switching to a small energy provider help you save? As more and more consumers switch from the big six, should you do the same? Our guide answers all your questions on small suppliers.