Standing charges on your energy bill: understand how they work

In this guide you’ll discover:

What is a standing charge?

Energy bills are made up of two parts:

Your consumption varies on a day-to-day basis depending on how much energy your household uses – typically more in the winter months than in summer. In contrast, the standing charge is a simple flat rate. It’s the same every single day regardless of whether you use any energy or not. Even when you’re away from home, the standing charge still applies.

While unit rates determine the cost of the energy you consume, standing charges cover all the other costs your supplier incurs as part of its business. This includes the cost of energy network connection, distribution, and maintenance. It also includes things like the cost of sending out an employee to take meter readings, and the cost of account administration.

Standing charges are also used to help cover the cost of government initiatives, including the rollout of smart meters and welfare programmes for vulnerable households such as the Warm Home Discount.

One final note: there are separate daily standing charges for electricity and gas, even if you’re on a dual-fuel tariff, which covers the costs of the separate networks.

How are standing charges calculated?

The average costs for daily standing charges can vary widely between supplier and even tariff:

As you can see, there’s a significant difference between the upper and lower limits of these averages, although the averages tend to be towards the lower end of the scale – around 20p for electricity and 25p for gas. That’s why it’s important to understand standing charges and compare your prices carefully. While the average household’s dual-fuel standing charge is around £162 based on the 20p/25p figures (around 14% of the average standard variable tariff bill of £1,177 per year), you could find yourself paying up to £219 for your electricity alone, plus a further £292 for your gas – and that’s before the cost of the energy you actually use.

Factors that can lead to reduced standing charges include if you’re on a prepayment tariff (see below) or have a smart meter installed, which gives your supplier the twin bonus of accurate meter readings on a regular basis and reduced administrative costs. These savings are then passed on through lower standing charges.

In 2016, Ofgem removed the requirement for all tariffs to have standing charges attached to them. Previously it was argued that standing charges should be mandatory to ensure all energy plans followed the same structure, making it easier for consumers to accurately compare energy prices. However, energy suppliers can now set the standing charge at £0 if they wish.

Are there energy plans with no standing charge?

The vast majority of energy plans still come with standing charges attached, but some tariffs offer a £0 rate. Although you’ll still see the standing charge listed on your utility bill, it won’t cost you any money. Although there are suppliers out there that offer plans with no standing charge, the choice is generally quite limited.

How do standing charges work with a prepayment meter?

As mentioned earlier, your gas and electricity standing charges might be lower if you have a prepayment meter. This is because a prepayment meter takes out some of the administrative work involved in supplying your property with power, like sending out physical bills or checking meter readings in person. However, you will still need to pay the standing charge. This flat rate is taken from your credit each time you top up your meter, and any outstanding standing charges will roll over to be paid the next time you top it up.

What are the pros and cons of not paying a standing charge?

The standing charge meaning is simple; it’s a flat daily fee that covers all the associated costs of supplying your home with gas and electricity. Because this is separate from the cost of your daily energy use, it’s important to consider your household habits to find the best plan for you. A low or zero electricity standing charge could be a great option if you’re away on business for a good percentage of the week, for example. But if you work from home or have a large family, it’s probably better to seek out lower per unit rates and pay the average standing charges. The less energy you use, the higher the percentage of your bill will apply to standing charges.

On TrustPilot, Robin Burrows says that the standing charge rate had a significant impact on their switch:

"My current supplier has stopped offering my product (No usage costs, all standing charges) so I was looking for a good fixed price deal. Via the comparison website Shell Energy gave an excellent saving. Usage costs for dual fuel are similar but Shell's standing costs are much cheaper so the decision was easy. The switch, so far, has been hassle free and easy."

Must I pay standing charges on vacant properties?

Homeowners with properties that stand empty for prolonged periods of time can benefit from not paying the standing charge. You may be able to have your electricity or gas standing charge waived by contacting the empty property’s supplier. Be prepared to submit meter readings proving that no energy is being used if you choose to go down this route. Many suppliers are happy to waive the standing charges for a set period of vacancy, because it’s easier than cancelling the supply entirely.

There are additional ways to save money on energy costs if you spend lots of time away from home or own a currently vacant second property. Upgrade windows to double-glazed designs with secure locks to both insulate and secure the home – you can add laminated glass or glazing film as added protection from the elements. If you leave your home unoccupied during the colder months, try setting your thermostat to a frost setting. You could also set the heating on a timer to prevent frozen pipes or other damage while you’re away.

Whether or not you’re currently paying a standing charge, it doesn’t hurt to compare energy prices to find out if you could be paying less. Switching supplier only takes a few minutes of your time and can cut your energy bills by a couple of hundred pounds over the course of the year. When you compare plans, you’ll see a breakdown not only of the cost of energy per unit, but also of the electricity standing charge or gas standing charge.

Pay close attention to these and how they balance out to make up the overall tariff, as well as any exit fees in case you might want to change plans later. It’s also worth looking at other features of the energy plan to see if they might save you money, like reduced overnight rates or fixed rates for a set period. 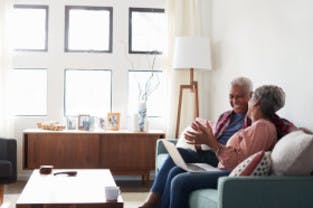 How to calculate your monthly energy usage

Learn how to calculate your monthly energy usage, and discover where you could save on energy. Could you save by switching energy supplier? 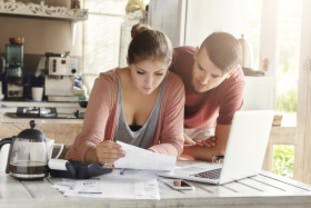 How to understand your energy bills

Confused by your energy bill? Here's how to read and better understand the charges on your bill. Expert advice from industry experts. 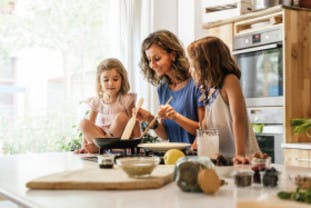 What happens after you switch energy supplier?

Everything you need to know about what happens when you switch energy supplier.