How to get power cut compensation

When the lights go out, your daily routine is impacted in numerous ways. You can’t charge your phone, food spoils in the refrigerator, and electric-powered showers are a no-go. While Britain’s network is reliable, power cuts do happen from time to time, and it's most likely that those on electricity-only tariffs will be affected.

Severe weather is one of the primary causes of unplanned power cuts, damaging power lines and substations. If your power’s gone out and you’ve spotted dangerous damage to these network components, here’s who to contact:

The 105 freephone number is applicable no matter who supplies your electricity. Its operators will put your call through to the relevant local network operator, responsible for managing the wires, substations, and cables in your area. You’ll find more tips and can view the National Grid power cut checker on the 105 website.

Who is responsible for a power cut?

It depends on the cause, which can vary from extreme weather events such as lightning storms to scheduled maintenance. That said, if the power outage is limited to your own home and due to your household’s actions, you won’t have any right to compensation. Examples might include damage to the wires during works on your home, a tripped fuse, or an unpaid electricity bill. On the other hand, if the outage is due to outside forces, your local electricity distributor or gas transporter will be held responsible.

Who is my electricity distributor? Is it my supplier?

The electricity distribution company is separate from your main energy supplier. This type of network operator owns, maintains, and operates the cables and towers that transmit electricity from the national network into your city, town, or village. As a result, they’ll be held responsible should there be a power cut in the area.

Each distributor is responsible for a specific area of the country, so for electricity power cuts in London, the South East, and East Anglia, the job falls to UK Power Networks. Use their website, which you’ll find via the 105 site, to check for power cuts in your area.

Can I claim compensation for an electricity power cut today?

There are several variables that will determine your eligibility for electricity power cut compensation.

For planned cuts to supply, your electricity distributor is required to give you two days of notice. If they fail to notify you within this timeframe, you’ll be eligible for £30 in compensation provided you file your claim within 30 days. When a power cut is unscheduled, the amount you’re owed will depend on how widespread the power cut was, and if it was caused by severe weather.

When power cuts are caused by bad weather, there’s no limit on how many homes were affected, but you will have to wait for a longer period before you’re entitled to any compensation. The length depends on the storm’s power and the damage caused:

*Severe weather categories are related to the number of faults rather than the severity of the storm.

Can I claim for a gas power cut?

The company responsible for the gas pipes in your area is called the gas transporter. As with electricity cuts, if there are any planned interruptions to supply the company is responsible for notifying customers. They must provide at least five days’ notice of a planned outage, or you’ll be able to claim £30 within 30 days.

Aside from this, there are fewer variables with gas than with electricity. The amount of compensation you’re eligible for will simply depend on the length of the outage - £30 once you pass the 24-hour mark, with another £30 for each 24-hour period afterwards. The gas transporter will also be responsible for arranging assistance if you’re on the Priority Services Register. They’ll need to help provide an alternative source for heating and cooking.

What about power cuts due to a faulty meter?

Do you have a prepayment meter? If your energy is cut off due to a fault with the meter, contact your supplier rather than the electricity distributor. They’ll be responsible for fixing it within a reasonable timeframe.

How do you know the fault lies with your meter? Examine it: if the meter’s screen is blank or you see an error message like ‘call help’, chances are high there’s a fault. You’ll need to notify your supplier straight away to avoid losing power. An engineer must be sent out within three hours on a working day, or four hours on a non-working day. In the meantime, the supplier should provide you with replacement credits.

If they don’t act within this timeframe, you’ll be owed £30 compensation within 10 working days. If payment is late, they’ll owe you an additional £30 late fee.

What do multiple interruptions to my supply mean?

Multiple power cuts over a short period of time indicate that there are problems with the distributor’s network, or even supply shortages. This is a more complex problem than weather-related interruptions, and the rules for compensation aren’t quite as clear-cut.

Compensation depends on the frequency of interruptions. Generally, you’ll have experienced at least three hours of power loss on a minimum of four occasions spread out over the year before you’re eligible for any compensation. The amount will vary depending on the type, severity, and frequency of the cuts, ranging from £30 to £75. If you’re a business customer, the compensation threshold increases to £150.

How do I claim your power cut refund?

The first step is to contact your area electricity distributor or gas transporter, depending on the type of cut you’ve experienced. You can find these on the 105 website by typing your postcode into the search box.

In the case of bad weather or for those on the Priority Services Register, there’s no need to make a claim – you should receive compensation automatically.

In all other cases, you can supply your details to the electricity distributor or gas transporter. They’ll send the power cut refund to your energy supplier, who will credit it to your account. You can also ask the company to pay you directly if preferred. Customers with prepayment meters may receive credits or vouchers.

When to expect payment

You should receive your money within 10 days of filing your claim (20 days for a gas claim) or when the electricity power cut is resolved if you’re on the Priority Services Register, although power cuts caused by bad weather may follow a different timeframe. If you’re not paid on time, you’ll be able to claim an additional £30 (£20 for gas) as a late payment fee. For all disputes related to power cut compensation and late payments, turn to your energy ombudsman.

How do I claim compensation after a power cut in Northern Ireland?

The rules mentioned above are set by industry regulator Ofgem, and apply only to those living in Wales, England, or Scotland. If you live in Northern Ireland, you’ll be dealing with Northern Ireland Electricity Networks, governed by the country’s own Utility Regulator. The legislation is slightly different, recognising exceptional events like severe storms and allowing for exemptions. There’s no guarantee that you’ll receive a standard compensation payment as you would under Ofgem regulations. Claims can be made online and are determined on a case-by-case basis.

Losing gas and electricity is inconvenient at best and dangerous at worst, so be sure to file for your power cut refund. It’s well worth making a note of the electricity distributor and gas transporter in your area in advance, so you have this information to hand when you need to make a claim. 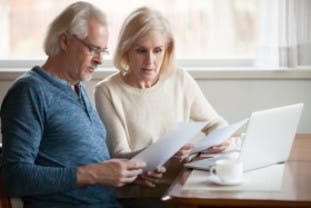 How to make a complaint about your energy supplier

Being overcharged for your energy? Understand when and how to make a complaint to your energy supplier, and when to contact the Energy Ombudsman. 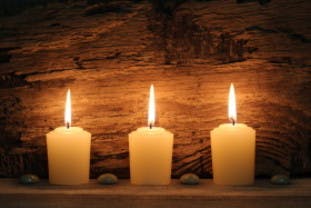 What should you do when there is a power cut?

Saveonenergy tells you who you need to contact during a power cut. 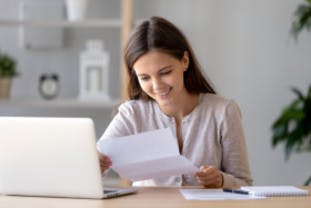