Electricity prices in Galveston could go up Shop electricity rates in Galveston with SaveOnEnergy.com Green energy in Galveston Understanding energy usage, setup and billing Do you own a business in Galveston? Power outage? Contact CenterPoint and TNMP Not sure what kind of energy plan will work for you home? Energy providers and utility companies in Galveston

Galveston sets itself apart from much of the rest of Texas because its beaches make it a popular tourist destination, despite its relatively small permanent population of about 50,000. But it’s like much of the rest of Texas in that it has deregulated electricity, meaning those residents enjoy the power to choose their Galveston electricity rates.

Galveston’s climate, like most of the state’s, is classified as humid subtropical. The humidity makes temperatures, which actually rarely exceed 90 degrees, seem much hotter. It almost goes without saying that summer is the hottest time of year. Texans, on average, use more than twice as much electricity in August as in April.

The SaveOnEnergy.com® helps you choose among your options. Enter your ZIP code above to see Galveston electricity rates and plans.

Electricity prices in Galveston could go up

Electricity rates in Galveston are volatile, particularly during times of high usage. That means its important to lock in rates before they rise and result in higher bills.  Deregulation, or energy choice, means customers – residential and business – can select from among many retail electricity providers.

REPs display rates for electricity in Galveston and elsewhere based on cents per kilowatt hour (kWh) used during a month. When you’re examining the SaveOnEnergy.com marketplace, the rates displayed are all-inclusive, including your utilities transmission and distribution fees as well as government taxes and fees. 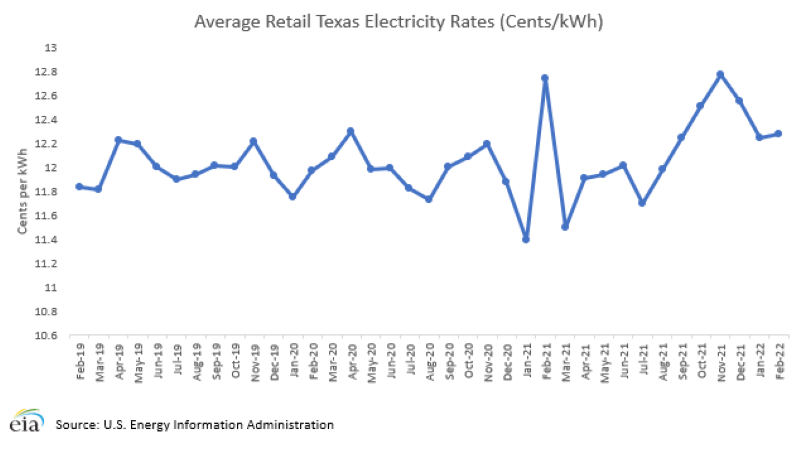 Here’s how the SaveOnEnergy.com marketplace works to get you the perfect Galveston electricity plan:

From there, select the plan you want and sign up online. You also can sign up by calling the number on this page to speak with one of our energy experts, especially if you still have questions. Either way takes only minutes.

Once you’ve signed up, your work is done. Your new provider will handle the setup or switch. There shouldn’t be any disruption in your service.

Galveston electricity plans benefit from Texas’ status as one of the largest renewable energy producers in the U.S. Texas ranks first in wind energy generation and in the top five for solar energy generation.

Do you own a business in Galveston?

Business energy also is deregulated in Texas, meaning that commercial electricity users also have the power to choose a provider. SaveOnEnergy.com experts can help customize a plan for your business. Fill out this form and an expert will call you back.

One common question newcomers to Texas energy deregulation often have is which company to contact in case of a power outage. The answer is your utility – the company that delivers electricity to your home. In Galveston, that could be one of two companies:

Not sure what kind of energy plan will work for you home?

We understand. Galveston energy plans can be confusing, even to veteran electricity shoppers. That’s why we have resources available to help you make your decision. Those resources include energy experts; to reach one, call the number on this page. Either way, you can make an informed decision and sign up for service in minutes.

Retail electricity providers buy or generate the power you use for cooking, cooling and heating, and other purposes. Among Galveston providers are TXU Energy, 4Change Energy, Gexa Energy, and Constellation.

Click on the links or see above for ways to contact these companies to report an outage or equipment damage.