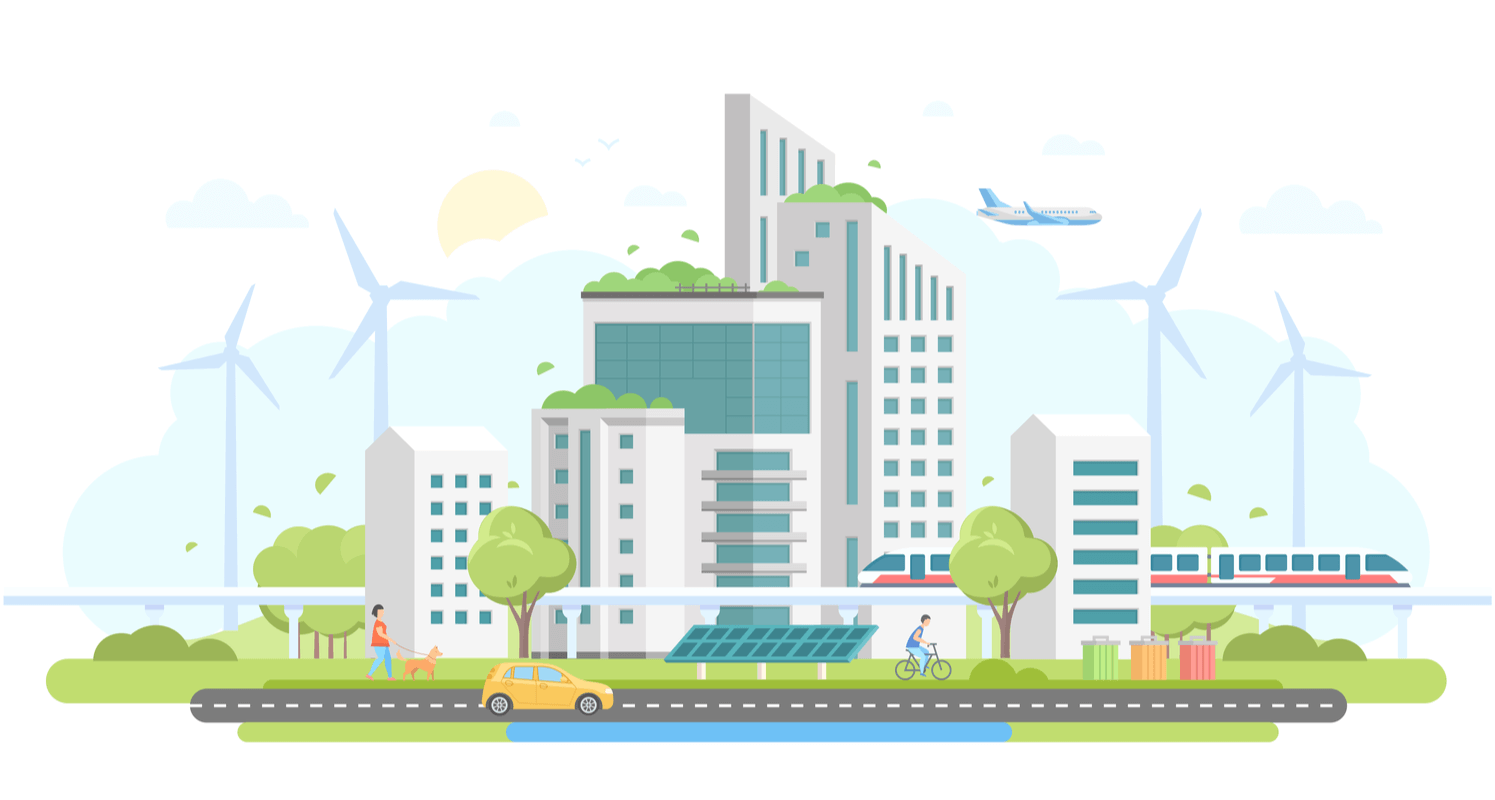 Green energy: What it is and how it works

Green energy is electricity with substantially less carbon dioxide output than fossil fuels. Sources that cause little-to-no impact on the world’s carbon footprint are considered green.

More Americans are looking favorably at green energy companies and green energy plans to help the environment. Plus, with President Biden’s current initiatives of “achieving a carbon pollution-free electricity sector by 2035,” the push toward reducing carbon dioxide, also called greenhouse gas emissions, is at an all-time high.

Most scientists today agree that the world is getting warmer due to carbon dioxide production. The good news is that the U.S. was the second leading country “in installed renewable energy capacity worldwide in 2020,” following China in the top spot, according to Statista.

Within the U.S., Texas, California, and Washington are typically among the top five green-energy producing states. These states have a strong command of renewable energy, excelling at wind and solar generation.

Green energy and renewable energy often are used interchangeably, but the terms aren’t the same. All green electricity sources of power are renewable, but certain renewable energy sources are not green. For example, burning wood to produce electricity generates carbon dioxide. So, while wood is renewable, many scientists debate whether it is truly green.

Similar arguments can be made about other green energy sources. Solar and wind energy are often considered the best renewable energy; however, both aren’t necessarily green. Solar panel materials and manufacturing produce waste. Wind turbine blades can stay in landfills long after they’ve been used. Hydro energy can damage the environment by destroying habitats.

However, all renewable energy sources, including biomass, can reduce our dependence on the conventional power supply of fossil fuels such as coal, oil, and natural gas. Here are a few examples of renewable or green energy sources available right now.

Geothermal energy uses hot water and steam that comes from underground reservoirs. It can reach as far as the magma layer of the earth. Green electricity providers and power plants using this type of energy convert the heat and steam and use it to drive a turbine, which produces electricity.

The U.S. is the world’s largest producer of alternative electricity from geothermal energy. California, Nevada and Utah are some of the top states producing geothermal energy. Texas is also considered an untapped resource when it comes to geothermal. The Energy Information Administration says billions of barrels of water as hot as 200 degrees are produced annually as part of crude oil and natural gas production and could be used in geothermal generation.

Solar energy is a small but growing part of the nation’s energy puzzle, producing 3.3% of the electricity generated in December 2021, the most recent month available from the EIA. Most people have seen solar panels on rooftops or in large solar farms, mostly in rural settings, but few know how they work.

The solar panels act as semiconductors, with positive and negative layers. A conductor attached to both layers creates an electric circuit and turns electrons from sunlight into electricity. Finally, a solar inverter converts direct current into alternating current for residential use.

Across the U.S., total wind generation increased almost 25% year over year. Texas, Iowa and Oklahoma lead the nation in wind energy production. However, Texas is responsible for more than 28% of the nation’s electricity generation, which is over three times as much as any other state.

Wind energy, in general, accounts for about 11% of the nation’s energy. Here’s how it happens: Wind causes the huge turbine blades to spin, causing a rotor inside to turn as well. The rotor, in turn, is hooked up to a generator, which turns the motion of the rotor into electricity.

Electricity generated by hydroelectric projects accounts for about 7% of the country’s electricity. Washington, Oregon, and New York are three of the top-producing hydro energy states. However, hydropower fell by as much as 14% in 2021 due to droughts across California and the Pacific Northwest, according to the EIA.

Dams are the key component for this form of green energy. The dams allow hydroelectric plants to channel water through turbines, again feeding generators that turn the kinetic energy into electricity.

Biomass is organic material from plants and animals. The material can be burned as is or converted to liquid or gas biofuels. Examples of biomass include wood, other plants, and wastes. Wood and ethanol make up the largest energy sources of biomass, which produces about 5% of the country’s energy, with California, Georgia, and Florida as three of the top-producing states.

How to get a green energy plan

Renewable energy is part of every Texas energy plan. The percentage of renewable energy can be found on a plan’s Electricity Facts Label. Most retail electric providers in Texas also offer plans with higher percentages of green electricity, including plans that are 100% green.

Some providers are green energy companies that only sell 100% green energy, such as Gexa Energy, Green Mountain Energy, and Chariot Energy.

Here’s how green energy providers in Texas operate to give their customers access to renewable energy.

If you want to use renewable energy directly at your home, having a solar panel system at your residence is a popular choice. Otherwise, your electricity will be a blend of sources.

Get a green energy plan

Uncertain of how to proceed? That’s understandable, given that there are different term lengths and options to purchase no-deposit or prepaid plans. Our buying guide offers useful tips on how to decide on a plan. Check out our green electricity rates page for more information on purchasing a green energy plan.