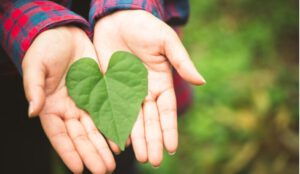 Going green can help save the environment. However, many people are hesitant to go invest in green technology because they think it will be too expensive, assume their choices are severely limited, or they believe that “going green” will hurt their home’s curb appeal.

But having an eco-friendly home isn’t as difficult or as expensive as you might think. And we promise, you won’t have to sacrifice your home’s looks to go green. Here are some of the myths about going green that you should stop believing.

Myth: Solar energy costs too much

Solar energy is one major way to go green, but most people consider it too expensive to implement. “This is the wrong way to think about the economics of solar photovoltaic (PV) systems,” says Joshua M. Pearce, PhD, Professor of Materials Science and Engineering, and Director of the Michigan Tech Open Sustainability Technology Lab at Michigan Technological University.

He says solar panels are not a cost, but rather an investment. Pearce likens solar panels to investing in bonds. “Solar PV works the same way as a bond: you buy it in year 1, then you get money back (electricity worth money) for 20-25 years.”

Pearce notes the return on investment is much higher than on any bond you could buy. “And now, because PV costs have come down so much, you can earn high single digits or even double digit guaranteed returns for 20 years or more — this is better than the average of blue-chip stocks,” he says.

So, how much have solar costs really dropped?  According to Pearce, “A recent study found that only 79 American multi-billionaires would need to invest in PV to provide for all of America’s electricity.” That’s all of the country’s electricity. “This investment would still leave each investor with a billion dollars of liquid assets as well as substantial long-term profits from PV.” So, technically, our wealthy residents could solarize the country and make money at the same time.

If you decide to solarize your own home, check out this article on the pros of solar rooftops.

Solar is currently among the cheapest ways to generate electricity. “Because of this, homeowners can normally save money by putting in solar, and some utilities view their customers as competitors, and have tried dirty tricks like rate manipulation to stop consumers from installing their own solar,” Pearce explains.

Pearce admits that in the past, this would have been an effective strategy. “But now, solar and battery costs have come down so low that consumers can grid defect,” he says. “Grid defection means that they leave the grid and provide their own electricity for less cost with green solar energy.”

Residents in sunny states such as Hawaii can defect immediately with batteries and solar PV. “If you live in a snowy place, you need a generator or cogen unit as well. And amazingly, even in frigid northern Michigan, consumers can earn a tidy profit from grid defection,” says Pearce.

San Antonio leads Texas in terms of solar PV installed, and is also in the top 10 cities in the entire country. However, El Paso is also stepping up its solar energy efforts.

There are a lot of ways to go green in your home that can improve energy efficiency without making your house look ugly. For example, David Flax, vice president of operations at Window Genie, explains, “Having window film professionally installed in your home will change the look and feel of the space completely.”

But what is window film?  “To put it simply, it’s a virtually undetectable and removable film installed directly onto your glass that helps to deflect heat, reduce energy consumption, reduce glare, protect your skin and furnishings from fading, and increase  both privacy and security,” Flex says.

Myth: Going green is only for new homes

It’s true that some green options may be expensive upfront. However, many of these changes can be made in the natural course of replacing home equipment. For example, when it comes time to replace your dryer, an Energy Star certified dryer isn’t going to cost any more than a conventional dryer. And according to EnergyStar.gov, you could save $215 in energy costs over the appliance’s lifetime.

Terri Williams is a freelance journalist with bylines at The Economist, USA Today, Yahoo, the Houston Chronicle, and U.S. News & World Report. Connect with her on Twitter or LinkedIn.