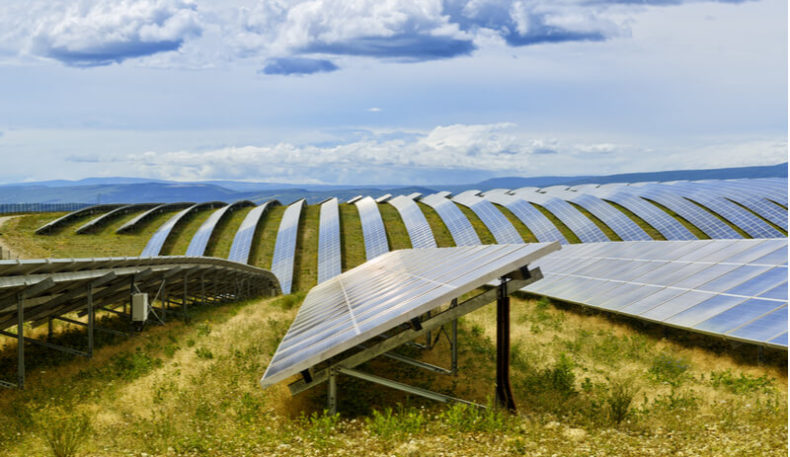 This is the first part in a new SaveOnEnergy series discussing the ins and outs of different forms of renewable energy. Come back next week for part two.

Solar energy has grown in popularity across the country, from massive solar farms to single panels powering residential homes. This is especially true in Texas – which is fifth in the nation for solar-generated power.

So, how does solar power work? Read on to learn the basics of solar energy.

What is solar energy?

The simplest definition is this – solar power is capturing the sun’s energy and converting that energy into electricity.

However, solar technology has improved a lot in recent years. In fact, a 2017 report from the International Environmental Agency (IEA) showed solar to be the world’s fastest-growing energy source.

How is solar energy gathered?

The most popular way to collect solar energy is through photovoltaic solar panels. These panels consist of many solar cells, which are made from silicon and essentially work as semiconductors. Solar panels function similarly to batteries – they have a positive layer and a negative layer that create an electric field. By attaching a conductor to the positive and negative sides of the solar panels, you can create an electrical circuit.

When the electrons from the sun’s energy flow through this circuit, it creates electricity! 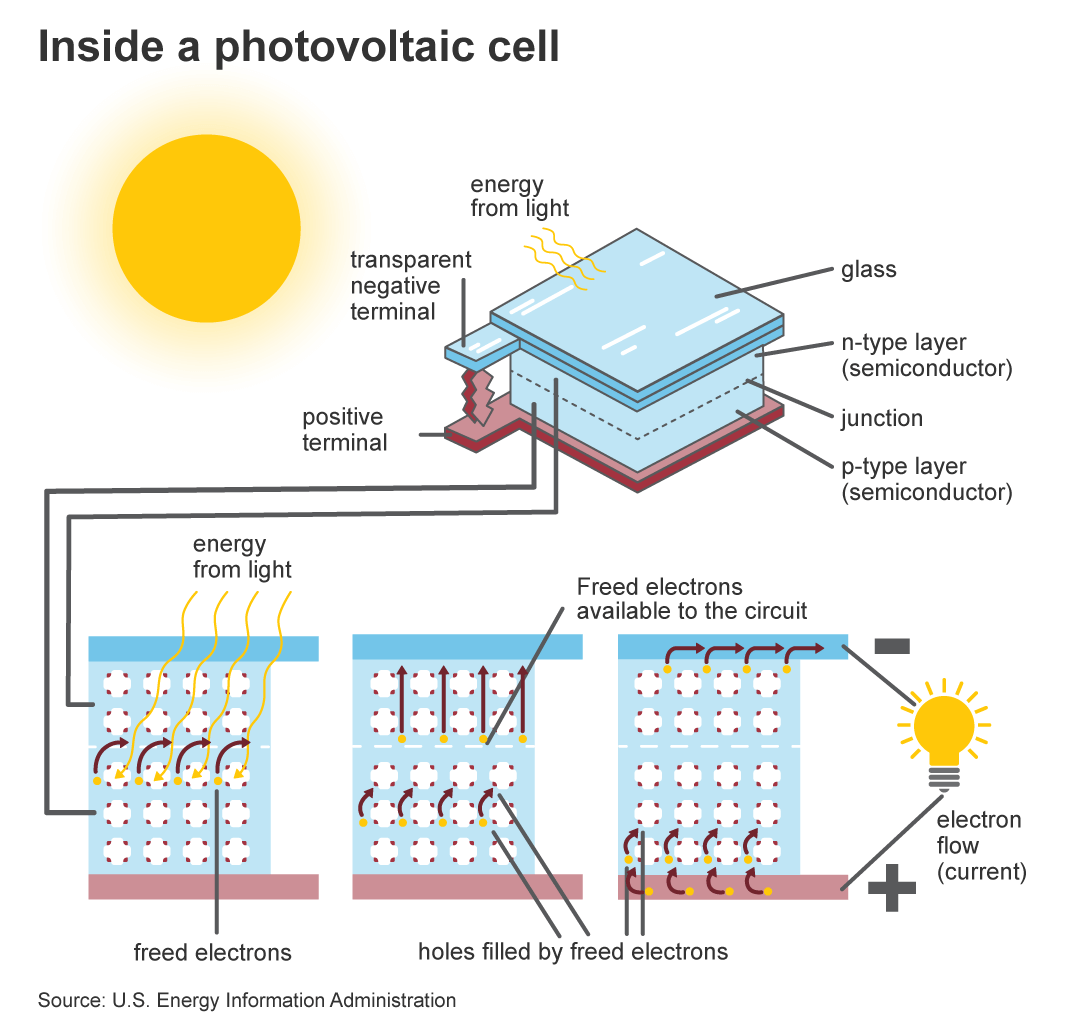 Can this energy power my home?

This is where solar energy gets a little complicated. The energy collected by solar panels generates direct current (DC) energy. However, DC electricity can’t power most home appliances. Instead, it needs to run through a solar inverter, which turns this power into alternating current (AC) energy. AC energy is used by most home appliances.

These steps combined create a process called the photovoltaic effect. This is essentially just the science of converting energy from the sun into electricity for your home.

How do home solar panels work with the grid?

If you’re interested in learning more about installing solar panels for your home, you’ll need to know how this impacts the electric grid in your area. Any home that is connected to the grid will have a utility meter installed. This meter monitors how much energy you use to power your home, including the power generated from solar panels.

What does this mean? Basically, if your home produces more solar energy than you consume (called a surplus), you can send that energy back to the grid in exchange for credit. This can be especially useful on cloudy days when the solar panels are not producing as much power because you can use those credits to draw extra power from the grid to meet your home’s demand.

What are the benefits of solar energy?

Solar energy’s main benefit is that it is a form of clean energy. This means it does not release pollutants such as greenhouse gases into the atmosphere. Greenhouse gases, especially carbon dioxide, negatively impact the atmosphere and contribute to global warming.

Additionally, solar panels usually have minimal impacts on the environment where they’re placed. For example, installing a solar panel on your home’s roof should not affect the wildlife or ecosystem in your area.

And for homeowners, one of the most appealing benefits of solar power is that it can lead to paying less for the energy your home consumes.

That being said, solar power does have its limitations. Perhaps the most obvious is that the sun needs to shine in order to collect solar energy. So, on cloudy days, solar panels probably won’t be able to absorb enough of the sun’s energy to power a home.

Solar panels also come with a substantial upfront cost. The national average spent on solar panels to power residential homes clocks in around $18,000-$20,000. While bill credits and tax incentives could bring this cost down, it remains a high price for many who may be interested in solar.

Is solar energy for me?

If you’re asking yourself whether solar is for you, the good news is there are many ways you can incorporate solar power into your home.

For those who don’t mind a larger upfront cost and have the right environment, buying and installing solar panels is a great option. However, this may not be possible for renters, those who live in shady areas, or people who cannot afford to buy their own solar panels.

According to Energy.gov, nearly 49 percent of households in the U.S. are unable to install their own solar panels. As a result, community and shared solar projects are growing in popularity across the country. These are offsite solar plants that generate energy that is shared between multiple households. Through community solar projects, many households are able to take advantage of the environmental and financial benefits of solar energy without the hefty upfront costs of buying individual solar panels.

Another option is to sign up for an energy plan that uses green energy. While this may not come exclusively from solar, green energy plans can power your home with a much lower environmental footprint. In the Texas deregulated energy market, many electricity providers offer renewable energy plans to choose from.

The following are the other entries in the series: