The history of who discovered wind energy

The history of who discovered wind energy 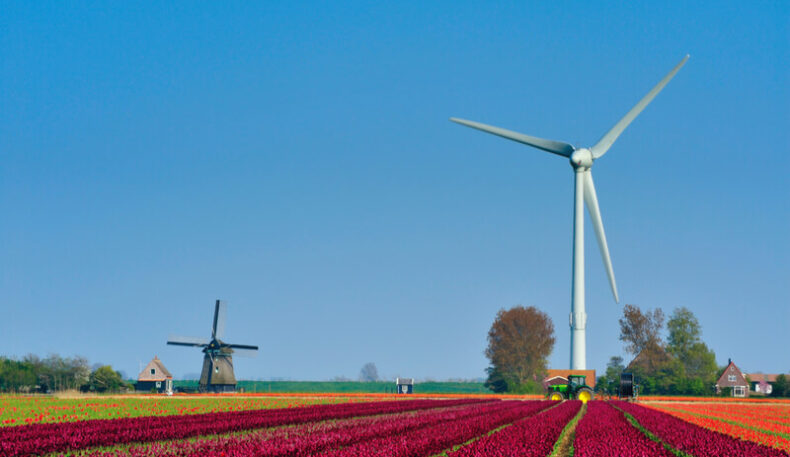 Texas is a major producer of energy across the board, so it’s no surprise that they also lead the U.S. in wind energy production.

In 2019, Texas produced 28 percent of the nation’s overall wind power. To say wind has taken a foothold in Texas would be an understatement, as the renewable energy source has even surpassed coal in recent months.

In fact, Texas’s wind turbines have generated more electricity than both the state’s nuclear power plants since 2014, according to the U.S. Department of Energy.

All of this wind talk may have you wondering who came up with the idea to generate power via wind. Here’s a quick history lesson on the breezy idea and who discovered it.

Wind in the early days

Wind has been utilized in a plethora of ways since as far back as experts can track. It was used for tasks such as propelling boats floating down the Nile River in 5,000 B.C. and assisting the Persians with pumping water and grinding grain in ancient times.

“As cultures harnessed the power that wind offered, the use of windmills spread from Persia to the surrounding areas in the Middle East, where windmills were used extensively in food production,” explains the Department of Energy.

Around the year 1,000 A.D., European countries used windmills to drain lakes and marshes. The power of wind has continued to evolve ever since.

The beginning stages of wind in America

The concept quickly became a successful piece of equipment that would allow farmers to pump water and help the expansion of railroads – thanks to the ability to get water more efficiently to steam-engine trains.

In 1890, steel blades were engineered to make the original windmill design even more efficient, and by the 1900s, more than six million windmills popped up all over America.

The very first electricity-generating wind turbine was built in 1887 in Cleveland, Ohio by Charles F. Brush. Brush was an inventor and electrician. Historical records say Brush built the impressive 85-foot-tall windmill in his very own backyard.

“The structure itself was a technical marvel, and represented the first fully-automated electricity-generating wind turbine in the world,” states the Renewable Energy Law Insider.

While the entire creation was historically extraordinary, it should be noted that Brush’s design included one of the most important components of wind turbines – battery storage.

“In the basement of Mr. Brush’s mansion was a series of 408 battery cells, each with a capacity of 100 ampere-hours. This allowed Mr. Brush to have a continuous supply of electricity, even when the wind was not blowing,” the Renewable Energy Law Inside says.

By the late 1800’s, wind turbines were gaining popularity. In fact, the Chicago World Fair of 1893 was all about wind energy. More than 15 companies used this event to show off their innovative wind turbine designs, according to the DOE.

This showcase of ingenuity clearly garnered the right people’s attention. A few years later, a wind turbine was used to help power a Vermont utility company during World War II.

The 1970’s and U.S. President Jimmy Carter can be credited with initiating advanced research into wind turbines. It was during this time that gas prices skyrocketed renewing Carter and America’s interest in the age-old idea of wind.

Carter signed the Public Utility Regulatory Policies Act in 1978. This act required companies to buy a stated amount of electricity from renewable energy sources such as wind. It’s still credited today as being a driver behind the explosive growth into wind energy.

The very first large wind farm was built in 1980 in California, and it’s been all uphill from there. “In the 1990s and 2000s, the U.S. federal government established incentives to use renewable energy sources in response to a renewed concern for the environment,” the  DOE says.

Today the U.S. government continues to undergo research and development and enticing tax incentives into the wind industry.

Jackie Whetzel is a freelance writer who has been featured in newspapers and publications across the country. She has written on the topics of energy, education, government, and business.