Wind Farms in Pennsylvania | Save On Energy®

Take a Tour of the Wind Farms in Pennsylvania – Part 1

Take a Tour of the Wind Farms in Pennsylvania – Part 1 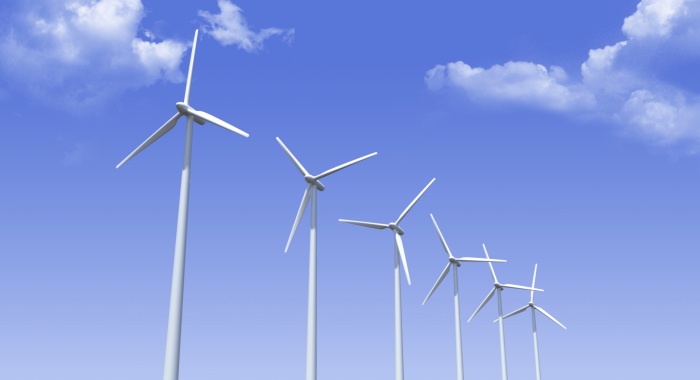 As of 2013, Pennsylvania ranks 16th in the nation for wind energy generation. The state has enough wind farms to produce 750 megawatts (MW) of electricity – enough to power 180,000 homes. Though Pennsylvania is far from reaching its predicted wind potential of 3,307 MW, it’s been building its fleet of wind turbines for more than a decade. Now Pennsylvania has 24 wind farms that provide clean energy for its residents.

Take a look inside eight of the state’s wind farms today then look for future posts that include the others.

Pennsylvania’s largest wind farm, the Armenia Mountain Wind Farm, can generate more than 100 MW of electricity. The site, operational since 2009, is located in Tioga and Bradford counties and sits on top of Armenia Mountain. It boasts 67 turbines and can power about 40,000 Pennsylvania homes. The power generated at the wind farm is sold to Delmarva Power & Light and Old Dominion Electric Cooperative under a 15 year contract.

The Bear Creek Wind Power Project, which became operational in 2006, has the capacity to generate 24 MW of renewable electricity. Until 2026, Pennsylvania Power & Light has agreed to purchase all of the site’s wind energy, which it will place on the grid and deliver to its customers. Drive just 10 miles southeast of Wilkes-Barre near the town of Bear Creek and you will see the site’s 12 turbines perched on top of Bald Mountain. You can’t miss these massive structures. Each turbine spans a whopping 397 feet in the air.

Becoming operational in 2001, the Mill Run Wind Energy Center is a veteran at wind energy generation. Since it started cranking out renewable energy nearly a decade ago, the 15 MW generation plant is still going strong. You can find the Mill Run Wind Energy Center nestled in Fayette County, where its 10 turbines harness the power of the wind from 213 feet in the air and churn enough electricity to power about 4,500 homes.

The Waymart Wind Energy Center, completed in 2003, is located in Wayne County, just north of Scranton. It has 43 wind turbines, constructed to harness winds 213 feet in the air. Those turbines collectively have the capacity to produce 64.5 MW of wind energy which is enough renewable energy to power more than 21,000 Pennsylvania homes. The renewable energy produced at Waymart is purchased by Exelon under a 20-year power purchase agreement. After the wind energy is generated it’s distributed by Exelon’s distribution companies, such as PECO.

The Allegheny Ridge Wind Farm opened in 2007. The site is located just north of Blue Knob Mountain in Cambria and Blair counties where a total of 40 wind turbines dominate the skyline. These turbines, which were built to harness the winds at 404 feet in the air, have the capacity to generate 80 MW of renewable electricity. First Energy has signed a 23-year power purchase agreement to buy the renewable energy generated at Allegheny and puts it on the electric grid for its Pennsylvania customers.

Though the Somerset Wind Energy Center has only six turbines, it still offers 9 MW of clean energy. The site has been operating since 2001. The Somerset Wind Energy Center, which is located in Western Pennsylvania, can be seen from the Pennsylvania Turnpike that runs through Somerset County. Each of its turbines is 213 feet tall and collectively they can power about 3,000 homes.

The Green Mountain Wind Energy Center, which is also located in Somerset Country, sits on top of a reclaimed coal mine. It began producing wind energy in 2000, making it the oldest operating wind farm in Pennsylvania. The center consists of eight wind turbines, each generating 1.3 MW of power. Collectively these towering 213 feet-tall turbines can generate 10.4 MW of electricity.

Check back soon for detail on the next eight wind farms towering over Pennsylvania!