Does Daylight Saving Time Save Energy?

Written by The SOE Team 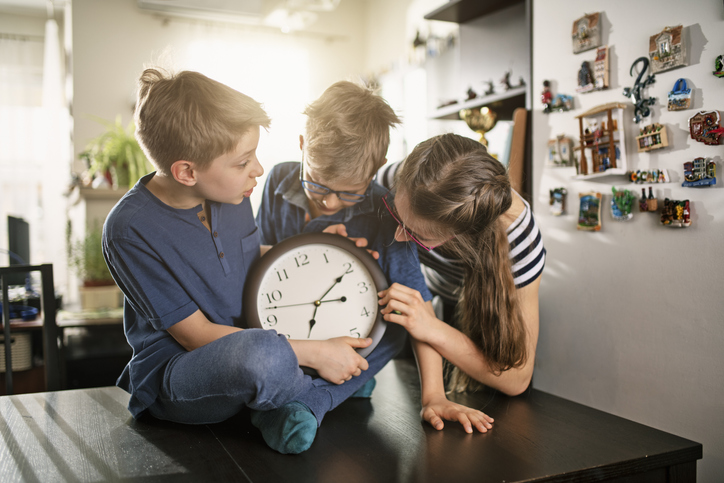 As Daylight Saving Time is coming to a close, we’ll “fall back” and gain an hour of sleep while we lose an hour of our day. While falling back isn’t as inconvenient as the dreaded springing forward, you may still be asking yourself, “What is the purpose of this?” We’ve taken a deeper look at this bi-yearly time change to see if it does have a deeper purpose than providing more sunshine.

Since its initial, official inception in 1966, Daylight Saving Time (DST) has required Americans to forfeit an hour of sleep each spring in exchange for more face time with the sunshine. Although we enjoy longer summer afternoons and brighter winter mornings, many claim that Daylight Saving Time was implemented as a practical way to optimize energy savings. While some research supports this long-held conception, there’s been much debate about whether Daylight Saving Time actually saves energy.

When we spring forward, we can use natural sunlight to illuminate our houses for an extra hour in the evenings. Over the course of a year, reduced use of artificial overhead lighting saves a lot of electricity. Additionally, since Americans are able to spend more time outside during the dog days of summer, there’s theoretically less energy being used to power the TV or lower the AC.

In 2008, the Department of Energy released a report stating that due to Daylight Saving Time the average American home uses about .5 percent less energy per day. While this number may seem insignificant for a single household, it all adds up to substantial amount of energy savings nationwide – nearly 1.3 Tera Watt-hour (TWh) per year.

28The study took advantage of a natural experiment in Indiana where only half of the state was required to observe Daylight Saving Time. After analyzing residential energy use, the researchers agreed with the Department of Energy’s findings – the extra hour of sunlight did reduce energy consumption for electric lighting.

However, they also discovered that Daylight Saving Time had adverse effects on home heating and cooling. The extra summer sunlight created higher demand for air conditioning, and the darker winter nights resulted in a drastic increase in home heating. In its conclusion, the study projected that Daylight Saving Time caused a $9 million increase in energy costs for Indiana residents and dangerously amplified pollution output.

The difference is in the details

Although the statistics in the Indiana study are alarming, scholars have pointed out that the drastic difference between the two reports could be due to regional and national inequities. It’s very difficult to measure the entire country’s energy use, let alone make a definitive determination that Daylight Saving Time is the only factor responsible for reported energy consumption rates and electric bill costs. Regional climates, yearly weather patterns and geographic elevation all play into the total amount of energy consumed by U.S. households.

In conclusion, it’s clear that Daylight Saving Time does save electricity by significantly reducing the amount of energy used for electric lighting. The only question remaining is whether adjusting our clocks increases the need to power other large appliances like air conditioners and water heaters. Net energy conservation comes down to the difference between electric light saved and extra heating/cooling consumed.

Will the sun set on Daylight Saving Time?

Considering the inevitable complications with national studies, we may never have a conclusive answer about exactly how much energy Daylight Saving Time saves. However, whether or not Daylight Saving Time actually does reduce our nation’s energy consumption, we can be thankful for long summer afternoons and warmer winter mornings. In matters of life, love and electric light, it’s all about perspective.