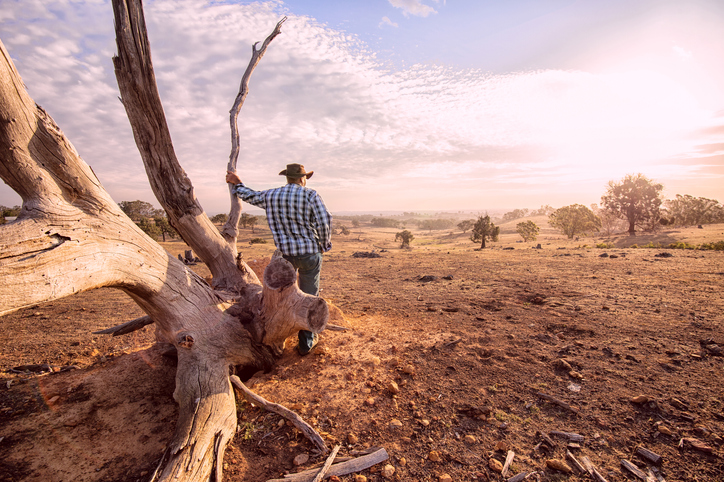 More and more areas of the U.S. have been experiencing droughts in recent years. 2022 is one of the driest years in the country. Drought impacts water supplies and can cause wildfires, power outages, and public health problems. So, what is drought? And why is it a growing problem in the U.S.?

According to the National Drought Mitigation Center, drought is a “deficiency of precipitation over an extended period (usually a season or more), resulting in a water shortage.” The risk of drought to people’s well-being and economy can vary, depending on the climatic conditions of their region and adaptation. For example, communities in deserts of North Africa have adapted their lifestyle by not settling in one area for an extended period, wearing heat-appropriate clothing, and keeping animals, like camels, that are resilient to desert conditions. By contrast, dry conditions and heat in Massachusetts for three weeks this summer have led to severe drought and brush fires.

Drought has many effects going beyond the water shortage, as detailed below.

Why does drought impact the power grid?

Declining winter precipitation reduces water flow to hydropower dams, which reduces electricity generation. Replacing the loss from hydropower generation with natural gas or coal is costly and leads to more pollution. The North American Electric Reliability Corporation (NERC) recently warned that severe drought could lead to the failure of power plants in the U.S. due to the drop in hydropower generation and strong energy demand. NERC is a non-profit regulatory body that promotes the reliability of North American bulk power transmission. Droughts can create more demand for energy as people turn up the air conditioning, which strains the power grid.

Because malfunctioning electrical equipment or downed transmission lines during drought can trigger wildfires, some utility companies try to reduce the risk by shutting down portions of the grid. It is a necessary measure to avoid liability, especially in drought-stricken Western states. California’s major electric utility, PG&E, filed for bankruptcy in January 2019 after its electrical equipment reportedly caused wildfires.

Utility efforts to prevent wildfires and electricity supply and demand imbalance during extreme heat conditions can lead to rolling blackouts and brownouts. Customers pay higher rates when the lights are on during heatwaves and droughts. Since June 2022, 47.73% of the contiguous U.S. has experienced moderate to extreme drought, contributing to more expensive electric bills despite customers’ efforts to conserve energy.

According to the National Oceanic and Atmospheric Administration (NOAA), the current weather pattern called La Niña alters ocean temperatures and causes droughts and flooding. And climate change worsens such extreme weather events. NOAA expects that La Niña will last through 2023.

How to prepare for drought and power outages?

Follow drought news and updates. Due to climate change, droughts are forecasted months ahead. Typically, limited snowfall and rain during the winter can predict the severity of drought in the summer.

Make an evacuation and emergency shelter plan. An extended power outage during extreme heat conditions can harm health, whether you have a medical condition or not. Follow your local authority’s guidelines if you need to evacuate and seek shelter in a cooling center due to a drought-related wildfire or frequent and extended power outages.