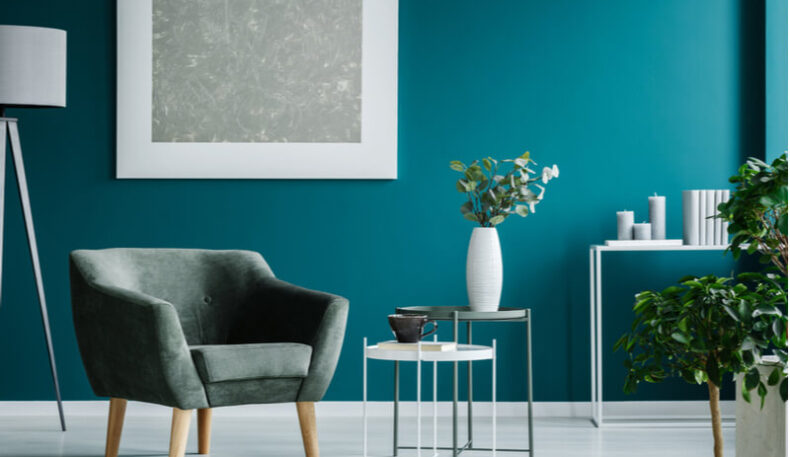 A new year means resolutions – and many resolutions revolve around spending less each month. The quickest way to cut down on your energy bills is to reduce the amount of electricity you use. So, why not begin your quest in the living room?

Did you know the living room typically uses the most electricity of any other in the average American home? Your living room may be where you feel most comfortable – but it is also where a lot of energy-heavy devices live.

SaveOnEnergy is here to help you find energy savings by reducing your usage. In this week’s installment of how to save energy in your home, we set our sights on the living room. 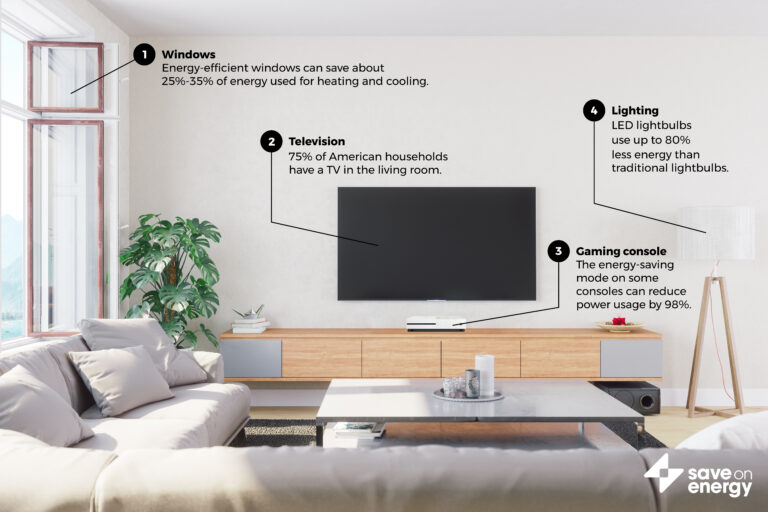 Approximately 75 percent of American households have a television in their living room. What’s more, most families have more than one TV – on average there are 2.5 TVs in every home.

Whether you are streaming or watching cable, the amount of energy your TV consumes relies mainly on the size, model, and technology, but most televisions consume between 80 and 400 watts an hour. Payless Power discusses how different TVs consume energy. You can see a breakdown in the chart below:

The type of TV you purchase for your living room will determine how much energy this room consumes each month. It’s safe to say that LED TVs consume way less electricity compared to other models.

Video games have become even more popular as many households remain in quarantine and new, more advanced consoles have become available. However, many game consoles also serve as a method to stream movies, shows, and music. So, it isn’t surprising that gaming consoles can use a good chunk of energy to run each day.

Like your television, the amount of electricity your game console consumes varies by product and model. However, there are ways to reduce energy usage regardless of the type of console you own.

For avid gamers, your gaming console requires a lot of energy. Video games have vastly improved in graphics in recent years and, as a result, the cost of gaming has quadrupled since the 90s. To reduce this cost, remember to turn your console off when you aren’t using it. This includes turning off your console’s controllers, which also consume energy.

The windows in your living room can also help you save energy and cut back on how much you spend on your electric bill each month. For starters, be sure to keep your window coverings away from fans, vents, ducts, and heating registers. This will help air circulate efficiently and won’t put any extra strain on your HVAC system.

Your windows will also help heat or cool your living room, depending on the season. In the winter, you should always open your curtains or blinds during the day so the sunlight will warm your living room. And in the summer, keep those curtains closed whenever you can. They will block the hot sun from heating the room and causing a higher air conditioning cost.

If you’re looking to invest more in the energy efficiency of your living room, energy-efficient windows are the way to go. Opting for Energy Star-certified windows will reduce how much heat or air conditioning escapes your home.

And if your windows are already in good shape, there are ways to ensure they remain as energy-efficient as possible. Be sure to check for any air leaks at least once a year. Caulking and weatherstripping will block those leaks and keep the heat or cool air inside. You can also look into energy-efficient siding to keep the temperature of your living room comfortable.

You probably spend a lot of time in your living room, so it’s essential to make sure the lighting is energy efficient. LED lightbulbs use between 25 and 80 percent less energy than traditional lightbulbs. And LEDs also last much longer, which will save you the cost of replacing lightbulbs.

If there are dimmer switches installed in your living room, you could cut back on how much energy your lights use. Dimmers allow you to lower your lights’ intensity, so they don’t need as much electricity. And bonus point: dimmers create the perfect lighting for a movie night!