How to stay cool in the blazing Texas heat

How to stay cool in the blazing Texas heat 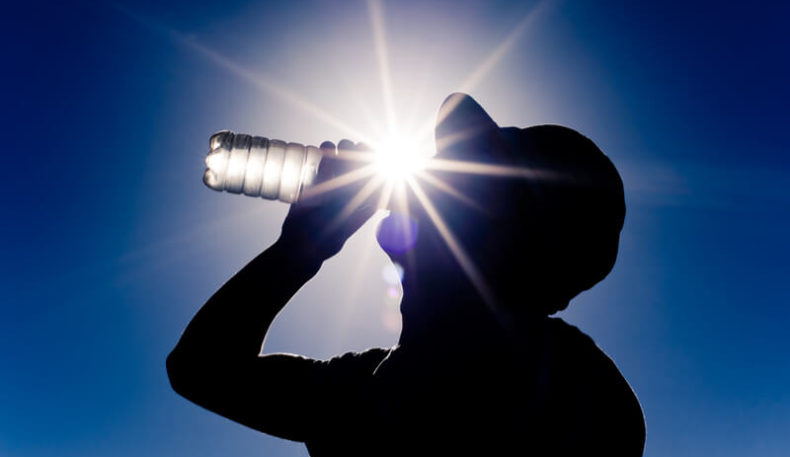 It gets hot in Texas – really, really hot. In fact, according to National Oceanic and Atmospheric Administration, in 2019, Texas had the second highest average temperature in the U.S., bested only by Florida. The excessive Texas heat can make you miserable – and sustained high temperatures can also be dangerous.

We found a few ways to stay cool in this southwest furnace known as summer.

Cool the room with ice

Marla Mock is the VP of Operations at Aire Serv, a heating and air conditioning company in Waco, TX, so she knows a thing or two about the Texas heat. And Mock says you can cool the room you’re in simply by using ice. “Pour a glass of water, dump ice cubes in it, and place your hand above the cup. The air feels cooler here, doesn’t it?”

And since that works with a glass of water, it can work either better with a larger container. “You can supersize this cooling effect by putting a big block of ice on a baking sheet or in a casserole dish,” Mock explains. “The cooling effect from the ice helps keep the room at a more comfortable temperature.”

Swap out your lights

“Lighting accounts for up to 12 percent of your energy budget, and those old incandescent lights give off 90 percent of their energy as heat, thus warming up the room more than homeowners may realize,” Mock says. She recommends that you replace incandescents with CFLs- those are the spiral shaped bulbs. Mock says they use 75 percent less energy and also last 10 times longer. “And if you replace them with LEDs – which use 80 percent less energy and last 25 times longer – you’ll experience substantial savings and cooler rooms.”

Another tip is to keep your lights off when you don’t really need them. During the day, there’s usually enough daylight that you really don’t need to have the lights on.

Heat strokes are a very real concern, especially in hot states like Texas. Always drink plenty of fluids, especially water to ensure that you’re properly hydrated. And if you’re exercising, be sure to fill up with water before, during and afterwards. When you’re moderately dehydrated, you’ll be thirsty and moody; you may sweat even more, and might develop a headache. Moderate dehydration causes you to be lightheaded, your heart rate will increase, and you’ll start breathing rapidly. When you’re severely hydrated, you may develop a fever, faint, experience confusion, or even have seizures.

“South and west facing rooms are the trickiest ones to keep cool,” Mock says. She recommends that you keep the shades drawn over your windows to reduce the level of heat and sunlight coming in. “Thick, dark curtains with a white reflective backing area – commonly known as blackout curtains – are the most effective for keeping a room cool that faces the sun.” Some Texans use liquid insulation to keep their home cool during summer months.

Use ceiling fans to create a wind chill effect

If you don’t have an AC unit, Mock says that fans are a lifesaver. And even if you do, they can help your AC work more efficiently. “Make sure to run fans counterclockwise during the summer months, as this motion has the potential to cool the room by 4 -7 degrees F,” Mock recommends.

Limit your use of appliances

The last thing you want to do is create even more heat. “Running the dryer, dishwasher and oven multiple times throughout the day can produce a lot of heat in the home,” Mock warns. She recommends that you minimize the number of times you use these appliances throughout the day. Also, it’s a good idea to run them either in the early morning hours, or later in the evening or night when the temperature is cooler.

Switch to a cheaper energy plan

Because of deregulation, most Texans have the option to switch electricity plans. Look for a cheaper alternative and you could save big, particularly in the high-use summer and early fall months. Remember, however, that if you switch to a new plan before your old one expires, you could be subject to an early-termination fee. Consider all factors before deciding.

Terri Williams is a freelance journalist with bylines at The Economist, USA Today, Yahoo, the Houston Chronicle, and U.S. News & World Report. Connect with her on Twitter or LinkedIn.