Electric Outlets Around The World | SaveOnEnergy.com

Don’t lose your spark. Find out which outlet receptacle you need around the world.

What electrical plug do I need? Why are electrical plugs different around the world? International adapters and where to buy What type of outlet plug is the most energy-efficient? Do high-voltage plugs use less energy? 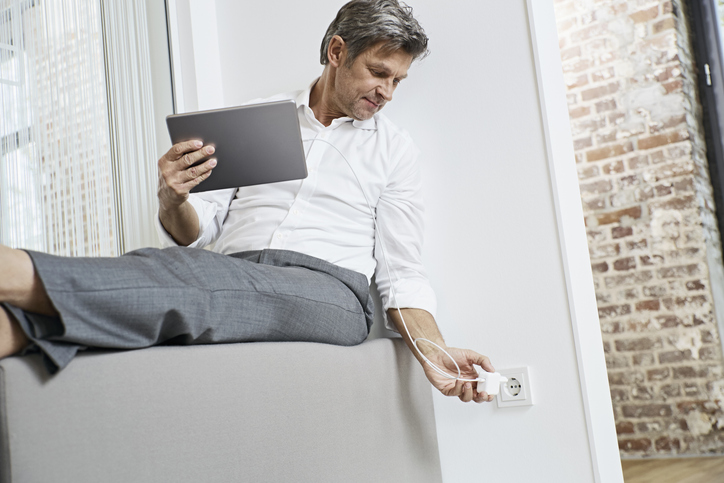 In most places, easy access to electricity seems like a given. You don’t have to think about it. You can plug in to charge your cellphone or turn on your hairdryer, and the electricity magically works. However, that’s not always the case when traveling abroad. Electrical outlets around the world vary. In fact, there are 15 types of electrical plugs and corresponding sockets worldwide.

International travel hasn’t been so easy over the past couple of years. As borders reopen, many of us are itching to get out of town, city, or even the country. That said, when traveling abroad, outlet sockets are probably low on your list of priorities. But you don’t want to get caught in paradise without the right plug. We’ll show you which electrical outlet plugs you need around the world and why there is so much socket separation.

What electrical plug do I need?

Plugs are labeled alphabetically A through O. Most countries use more than one type of outlet because of modern improvements and safety features. See which plugs your country or travel destination uses below.

Electricity Around the Globe by Save On Energy

Why are electrical plugs different around the world?

Wouldn’t it be easier if every country used the same standardized plug and receptacle? That question has been debated over the years. However, it looks like the various outlet types are here to stay. To understand why, take a look at how the different outlets came into existence.

Why electrical outlets are different shapes around the world:

Will there ever be a universal electric plug?

No. It is extremely unlikely that the universal standard electrical plug (Type N) will replace the other plugs and receptacles. This outcome is improbable because millions of buildings worldwide would have to be retrofitted. However, the next best thing already exists: an adapter. You can purchase a plug adapter to keep your appliances competent across continents.

International adapters and where to buy

Not sure where to get an electrical plug adapter? Luckily, they are easy to find. Here are a few top-rated travel electrical adapters.

What type of outlet plug is the most energy-efficient?

You won’t save energy by using a specific type of plug, but you can make modifications to your home that will save you money on your energy bill.

Besides efficiency, it’s also important to note that outlets have a lifespan. According to Speed Electric & A/C, “[E]lectrical outlets have an expiration date. They will perform their function for a while but eventually a time will come when they get worn out. A worn-out electrical outlet will either stop working completely or it will give you lots of problems.” That’s when you know it’s time to replace the electrical receptacle.

Do high-voltage plugs use less energy?

Standard receptacles in the US can handle 110 volts, although some electric receptacles can hold 220 volts. Meanwhile, in Europe, the standard is 220 volts. According to Warrington College of Business, “Companies in Europe realized that supplying power at 220 volts instead of 110 volts would be cheaper. At a higher voltage, electric companies can deliver the same power with less current —picture a narrow stream flowing quickly compared to a wider stream flowing slowly. And less current allows for thinner wires. Since the copper that’s used for electric wires is expensive, higher voltage could save money.”

But does cheaper current mean more-efficient electricity? Yes, according to Beta Engineering,  “High voltage transmission minimizes the amount of power lost as electricity flows from one location to the next.” High voltage uses a lower current, which results in less resistance loss, which equals less energy loss.

“The rapidly growing renewables market has played an especially large role in the high voltage market in recent years. As more renewable sources of localized electrical generation come online, the demand for high voltage transmission will continue to grow.” So, that’s another way that renewable energy like wind and solar power will contribute to energy efficiency overall.