The link between clean energy and gender equality at COP26 | SaveOnEnergy®

COP26: The connection between clean energy and gender equality 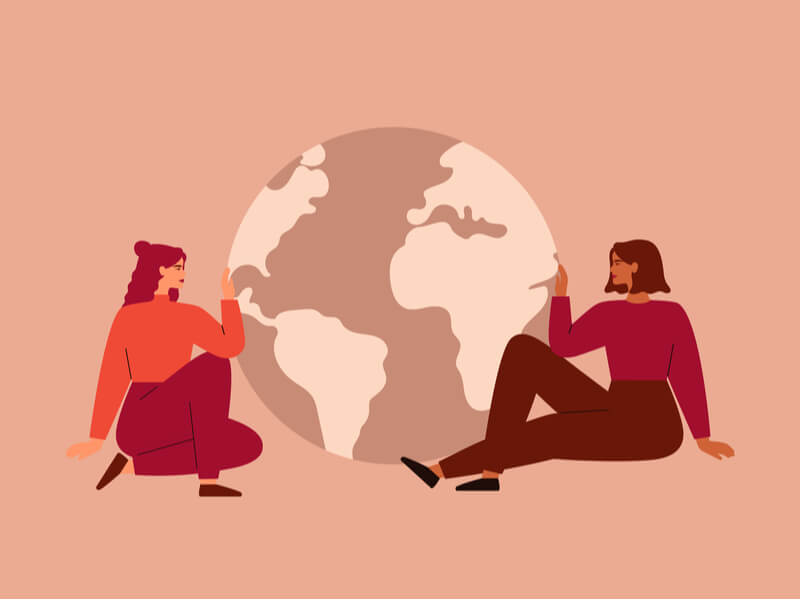 The UN Climate Change Conference explored the direct relationship between climate justice and gender equality in the “Empowering Women Through a Just Transition” panel discussion moderated by Jane Nelson, the Director of Corporate Responsibility at the Harvard Kennedy School. The three panelists emphasized the need for women to have access to clean energy and career opportunities within this growing field. The panelists included:

How are gender equality and clean energy related?

Before the panel discussion began, the founder of Green Girls Organization, Monique Ntumngia, spoke at length about the real challenges that women and girls in Africa face when they do not have access to energy. Ntumngia gave examples of girls entering into child marriages because they have no access to financial support, basic education, and clean food and water without electricity. Thus, young girls are forced to rely on child marriage as a way of survival. This is only one example of how women and minority races are the primary victims of the world’s energy crisis.

During the panel discussion, Kristina Skierka explained that while over 1 billion people do not have consistent access to electricity, women and girls are more likely to lose their individual freedom. This was echoed by Ellen Maynes, who discussed that women within villages in Asia have the ability to start their own businesses but lack the fundamental knowledge of how electricity works.

How do you create equal access to clean energy?

Creating equal access to energy is a series of steps and cannot be done in one swift movement, as explained by Skierka. The first step is recognizing the need for each community across the globe to have access to clean energy sources. The next steps include investing in small-scale clean energy efforts, national policy-making, and worldwide initiatives towards creating equal access to clean energy. Skierka’s company, Power for All, aims to educate businesses, consumers, and utilities about the capabilities of Decentralized Renewable Energy (DRE).

What is decentralized renewable energy?

Decentralized renewable energy is a small-scale, distributable form of clean energy production ranging from roof-top solar panels to community-wide renewable energy generation and storage. According to Skierka, with DRE, energy access is consistently more reliable, faster, and less expensive than a traditional power grid. DRE would also give women in impoverished communities access to electricity, directly aiding in the energy disparity.

Currently, women only make up 33% of the renewable energy workforce. Nick Robbins discussed the need for women and minorities to be intentionally included within renewable energy strategies by creating a social connection between gender, race, and climate change. As industries and countries create commitments to net-zero emissions, the thoughtful transition of creating equal gender opportunities arises. Robbins explains that women and men of all races deserve the equal right to work, promotion equality, and equal voice in community and policy.

Madison Khalil is an editor with a background in light engineering and solar power. In her free time, she enjoys learning about the latest solar technology and helping others navigate the deregulated energy market. You can find her work on SaveOnEnergy.com