Future of hydropower at COP26 | SaveOnEnergy® 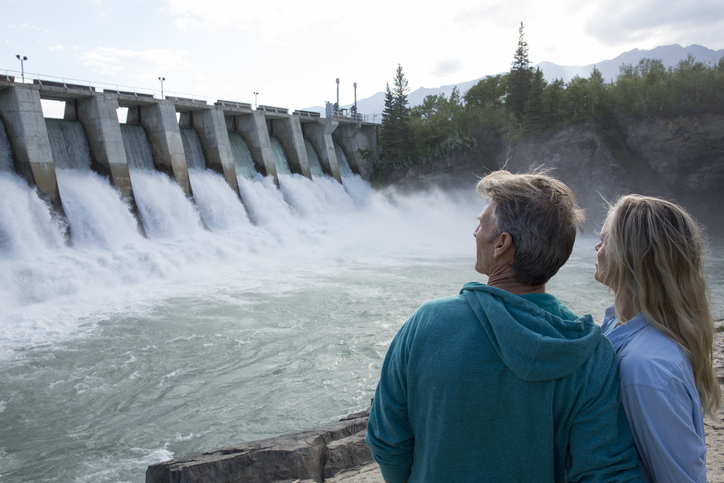 The 2021 UN Climate Conference – also called COP26 – featured a session titled “Hydro: Powering a Net Zero Future.” This session focused on hydropower and included a short film on the history of hydropower, followed by a panel discussion with industry experts.

Following are a few of the top highlights covered in this session:

The session began with a film produced by SSE Renewables, an energy company in Scotland that specializes in wind energy and hydropower. SSE Renewables operates 1,150 megawatts of conventional hydropower, 60 power stations, 75 dams, and 300 kilometers of tunnels. The company’s portfolio also includes 300 megawatts of flexible pumped storage and 900 gigawatt-hours of long-term energy storage capacity, which is enough to power 2 million homes.

According to SSE Renewables, constructing hydropower dams and facilities can create an environmental impact initially, but that impact is spread out over decades because the facilities have such a long lifespan. The company also aims to minimize the impact on the environment by designing these stations to blend in with the natural Scotland landscape and monitoring how local ecosystems react.

Hydropower is flexible and stable

During the panel portion of the session, we heard from three international energy experts:

These panelists each spoke to the importance of switching to renewable energy sources in order to slow the impact of climate change. Hydropower can make this shift easier.

The benefits of hydropower

According to the panelists, hydropower’s primary benefit is that it can provide flexibility and stability to power grids that rely more on energy sources like wind or solar, which can be inconsistent during times when the sun isn’t shining or the wind isn’t blowing. As is mentioned in the film, “Rain is the gift that keeps on giving.”

It is also easy to increase or decrease the amount of energy a hydro plant produces, and the plant’s production can be stopped or restarted quickly. This is the opposite of nuclear or coal power plants, which are designed to be on all at all times and take much longer to stop or start. Because of such flexibility, hydropower can easily enable growth in wind energy and solar power, and it can fill in the gaps in energy production when needed.

At the end of the panel, the industry experts reiterated the importance of renewable electricity sources, such as hydropower, to meet the demand of power markets across the world. The International Renewable Energy Agency (IRENA) estimates that if we want to achieve net zero global emissions by 2050, we need to double hydropower capacity.

Combining hydropower with other renewable electricity sources, such as wind and solar, can help us reach a net zero energy industry. As Pibworth said at the closing of the panel, “The industrial logic for hydro as an enabler for wind is very, very clear. I would argue it gets stronger by the day. I don’t think hydro is going to be forgotten.”

To learn more about hydropower and other renewable energy sources, visit our guides below:

Caitlin Ritchie is a writer and editor within the energy industry, specializing in deregulation, energy efficiency, and solar power. Her writing and research have been cited by Snopes, The Washington Post, The American Solar Energy Society, and other major sources. Find more of Caitlin’s work at ChooseEnergy.com.