Please fill in the item(s) in red below to see rates.
For Business
Author:Jordan Smith
Editor:Caitlin Ritchie 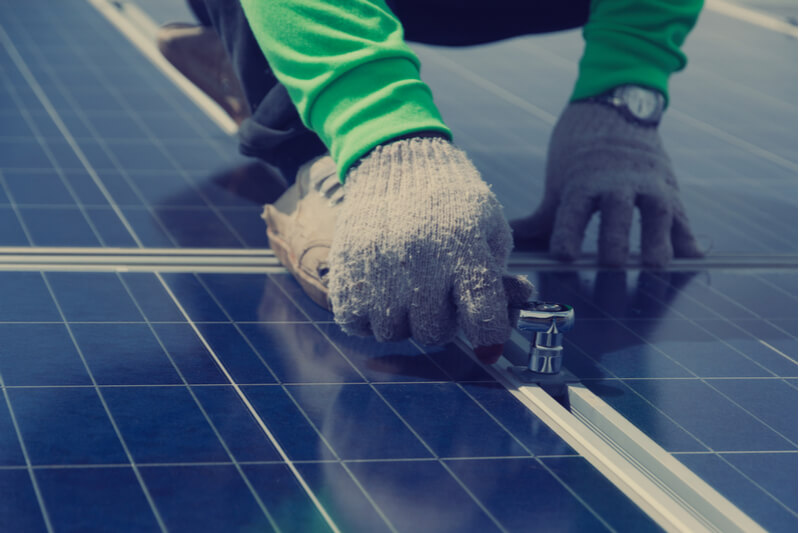 Advances in technology are making solar panels cheaper and more widely available. The Biden administration suggests that solar power could account for 40% of America’s energy needs by 2035. But one problem could get in the way of solar growth: outdated power grids. What’s more, old electrical infrastructure disproportionately impacts marginalized communities.

This was the conclusion of a study published recently by the University of California, Berkeley. Researchers found that many consumers can’t invest in solar power because of poor or outdated infrastructure. The report added that in many parts of California, utilities haven’t designed power grids that can handle the additional electricity produced by renewable energy sources.

Researchers analyzed the demographics of these communities. They found that people living in low-income neighborhoods and those who identify as black have a harder time accessing solar power. “Early adopters disproportionately fit into certain demographic characteristics of being white and of being higher income than the average ratepayer,” explained Anna M. Brockway, a study co-author.

The study states “that the total circuit capacity for generation decreases with increasing percentages of black-identifying residents.” Capacity problems were also present in communities with large populations that identify as Hispanic.

One of the reasons for the disparities discovered by Brockway and her fellow researchers is the high upfront cost. Many customers in low-income communities aren’t able to pay for solar panels, which normally cost between $11,100 and $18,500 after factoring in the federal solar tax credit.

But as the cost of solar drops, grid limitations could become the major barrier to solar expansion. Limited grid capacity means that over 50% of PG&E and SCE customers aren’t able to generate enough solar power to power their homes. Further, 39% of PG&E customers and 74% of SCE customers can’t operate a space heater or charge an electric vehicle using a level 1 charger (the slowest type) using solar power.

There are two problem areas for the power grid that prevent customers from accessing renewables. First, outdated transformers connecting individual properties to the grid can’t manage electricity flow in two directions. They can cope with supplying power from the grid to someone’s home, but when it comes to transmitting power generated by home solar panels back onto the grid, they become overloaded. The extra power passing through the transformer gets converted into heat and can damage the equipment.

The second issue is poorly equipped substations, which manage power for districts or other small areas. Many substations in low-income neighborhoods were not built with a two-way flow of electricity in mind. They are not equipped to transfer the power generated by rooftop solar onto the grid.

Fixing these problems will cost a lot of money. Industry analysts suggest that upgrading the power grid will cost $4.5 trillion in the U.S. over the next 20 years. California requires tens of billions of dollars alone.

The California Public Utilities Commission started a new proceeding in June to modernize the power grid. One CPUC commissioner explained that the initiative provides a framework for “integrating renewable generation” and “promoting equity.”

The commission’s goals include integrating solar and other distributed energy resources onto the grid. Power grid investments and funding new technology to support electric vehicle charging will also play a big role.

How could this affect you?

This study may help make renewable energy more accessible for everyone in the future. It points out problems with the power grid that utilities and regulators need to address. Once that happens, rooftop solar systems or community solar projects may become a more realistic option for communities across California.

California is one of the leading states when it comes to integrating renewables into the grid. This makes the study’s findings relevant to you even if you live in another part of the country. Outdated infrastructure is a problem plaguing many states. Ratepayers and policymakers have a lot to learn from how California deals with this challenge.