How Many Solar Panels Do I Need? | SaveOnEnergy.com

How Many Solar Panels Do I Need to Power My Home?

What determines the number of solar panels I need? How much roof space do I need for solar panels? Go solar today Solar energy by state 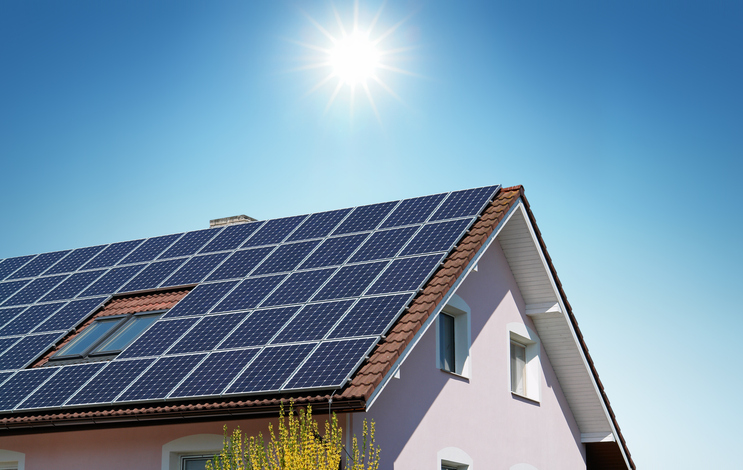 If you decide to install solar panels, you may wonder how many you need to power your home. The disparity between solar systems can be confusing. But solar needs of one home are different from another. Several key factors determine how many panels you would need for your home.

What determines the number of solar panels I need?

Your electricity consumption is a critical factor in determining the amount of power your solar system must generate and how much it will cost. For example, if your household consumes 15,000-kilowatt-hours (kWh) of energy annually, you will need to have enough solar panels to meet your generating capacity. As a rule of thumb, the more power you consume, the more panels you need to satisfy your energy needs.

The average daily power consumption on your electric bill can help you estimate the number of solar panels you need. A utility bill typically shows electricity use per kWh. Reference a full year of electricity consumption, spanning every season, to calculate the most accurate solar estimate. The average home in the U.S. needs 15 to 25 solar panels to fully satisfy its energy needs. Larger-sized houses tend to use more electricity than smaller ones. And they typically require more solar panels.

A 5-kW system is around the average size of solar installations in the U.S. To figure out the number of solar panels that would make up the desired system size, you need to divide the latter by a panel’s wattage, which can be an average of 320 watts. So, if you want to install a 5-kW system, you divide 5 kW (or 5,000 watts) by 320 watts. It gives you 15.6, which rounds up to 16 panels for your home. Even if your house is far from the U.S. average, this is how you can calculate the number of panels your house may need.

Your geographic location can play a role in how many solar panels you may need, and the season can affect how much power they will produce. Homes in the sunny Southwest are great candidates for solar panels. Because of the improved efficiency of solar panels, solar owners in places that receive relatively less sun, as in the North, can also generate plenty of electricity. Solar power generation in colder states remains resilient even during the winter when days are shorter. Relative to their warmer-climate counterparts, homeowners in the North may need only several additional solar panels to meet their energy needs. For instance, a home in Vermont compared to an identical one in Texas, including the same level of energy consumption, will require more solar panels because it receives less sunlight, especially during the winter.

3. Exposure to the sun

Your solar panels continue to make electricity as long as there is the sun. Remember, they need sunlight, not the sun’s heat, to generate electricity. You can live in a northern state and generate enough solar energy to power your home all winter long. Typically, knowing how much sunlight you get and how much shade covers your rooftop is important for ascertaining how many panels your household needs. The less sunlight you get, the more solar panels you need to offset your monthly electric bill. In the U.S., south-facing roofs typically get more direct sun exposure.

If you invest in the most efficient solar panel, your system will produce more power per square foot of your roof’s space. It also means that if you invest in highly efficient panels, you may need fewer solar panels to power your home. There are three major types of PV solar panels: monocrystalline, polycrystalline, and thin-film. Following is a comparison of their efficiency rates and costs.

How much roof space do I need for solar panels?

If your rooftop does not have a lot of space, you may need to install solar panels with higher efficiency and output ratings since they can produce more power per panel. That gives you more bang for your buck. Keep in mind that high-efficiency panels tend to be pricier than less efficient ones. If your roof has a skylight or chimney, your panels must be installed around them, which may also reduce the roof space for your solar system.