What is Solar Energy and How Does it Work 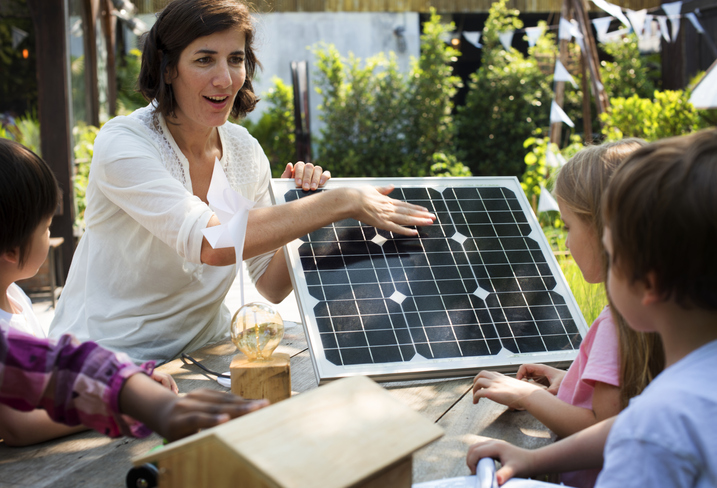 What is solar energy?

The sun creates energy in the form of heat and light called photons. Sunlight can be a source of power and heating if it is harvested with the help of technologies, such as photovoltaic (PV) cells. Scientists estimate that the sun releases enough photons in one hour to power the entire world for a year. But the world collects only a fraction of that energy.

The good news is that solar energy is the fastest growing and increasingly cheap source of energy in the U.S. and around the world thanks to declining costs of solar panels, component materials, and installation. According to the International Energy Agency, solar energy was the cheapest ever source of electricity in history in 2020, even cheaper than coal and natural gas in many countries.

How is solar energy generated?

The most common and cheapest form of solar energy technology is a PV cell, also known as a solar cell. A PV cell is made up of semiconductor material, typically silicon, that absorbs sunlight and turns it into electricity.

Solar panels are created by combining many of these cells into an electric field with both a positive and a negative layer, similar to a battery. By attaching a conductor to the positive and negative sides of the solar panels, you can create an electrical circuit. PV cells convert sunlight into energy by generating direct current (DC) electricity. A nearby inverter receives this energy and turns it into an alternating current (AC) electricity to power homes and buildings.

What are the benefits of solar energy?

There are four main benefits of going solar for residential homes and businesses.

Record-setting adoption of solar energy systems has proven that solar is a reliable and long-lasting source of energy.

Do solar panels work at night?

Most owners of solar panel systems remain connected to the traditional utility grid. They automatically receive electricity from the power grid after the sun sets and solar panels stop generating power.

Do solar panels work on cloudy and rainy days?

Yes. While solar panels are most productive when they are exposed to direct sunlight, the sun still provides light to solar panels during cloudy and rainy days to generate electricity. On cloudy days, particles in the atmosphere diffuse the sunlight. Solar panels are still able to capture it to make electricity. And rain cleans any dirt on the panels and helps them work more efficiently.

Do solar panels work with snow on them?

Yes. Sunlight can reach solar panels even through snow. They can continue generating power even with snow on top of them. Since solar panels are usually installed at a 30 to 45-degree slope, they can shed snow quite easily. A reflective glass of solar panels can help snow melt and thrust it down to the ground.

How long do solar panels last?

Solar panel manufacturers normally give a warranty for 10 years for optimal power generation of their products. It is possible to buy an extended warranty for up to 30 years. But even after passing the warranty date, solar panels continue to generate electricity. All installed solar panels, irrespective of a brand and a manufacturer, lose between 1% and 2% of efficiency every year, which are included in their warranty coverage. Your panels should still be generating at nearly 90% of their initial production rate even twenty years after the installation date.

What can damage solar panels?

Solar panels are built to withstand weather elements and to last for decades. Extreme weather events, such as hurricanes or rubble from strong winds, can damage solar panels. But an accumulation of dirt and dust and small scratches from twigs can be more chronic causes of reduced electricity generation. Washing your solar panels down with a garden hose can help ensure optimal output.

Should I go solar?

Solar energy is one of the most abundant, sustainable, accessible, and cheapest sources of electricity. More and more states provide solar incentives and rebates for home solar energy systems. There is also the federal solar tax credit to help you save thousands of dollars on the total cost of your solar energy system, including panels and installation.