What is a solar inverter and how does it work? 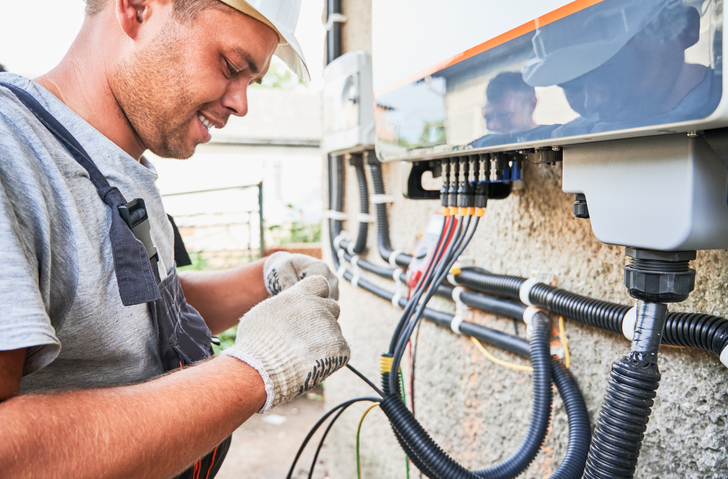 What is a solar inverter?

A solar inverter is the piece of a solar system that converts solar energy into electricity that powers your home. Solar panels collect direct current (DC) electricity from the sun, but most homes run on alternating current (AC) electricity.

This is why solar inverters are so important. In order to power your home, the solar inverter quickly switches the direction of DC electricity, converting it into AC electricity. Without an inverter, your home would not be able to use the electricity collected by your solar panels.

Solar inverter technology has rapidly advanced in recent years. The best solar inverters offer a range of benefits for a home solar system and vary in cost, size, and efficiency. This guide will walk you through what you need to know when it comes to how solar inverters work.

How does a solar inverter work?

Most solar inverters can also monitor your solar system and connect your panels with computer networks so you can track the panels’ efficiency levels. There are some advanced solar inverters that work with solar batteries and allow more independence from the grid in the event of a power outage.

Depending on the type of solar inverter you pair with your home solar system, you might be able to monitor your panels individually or in a group. The next section will cover the types of solar inverters and how they are different.

Some string inverters come paired with an optimizer, which solves the problem associated with regular string inverters. Your solar panels will still be strung together into a single unit, but the optimizer allows you to control each panel’s output individually. String inverters with optimizers usually cost more, but allow more control over your solar system’s performance.

Microinverters are some of the most expensive options when it comes to solar inverters, but they are becoming more popular among consumers. With this option, you connect one microinverter to every solar panel in your system. The microinverter only converts electricity for the one panel it is paired with, allowing it to operate as a single unit. With microinverters, you have the flexibility to start with a smaller solar system (a fewer number of panels) and expand your system size in the future.

When searching for a solar inverter, you will need to decide whether your system will be grid-tied or off-grid. Some inverters only work for grid-tied systems, so be sure to confirm your choice with the manufacturer. Let’s explore how grid-tied systems differ from off-grid systems.

The vast majority of homeowners who purchase solar panels remain connected to the power grid. In addition to having a reliable backup power source, homeowners are able to take advantage of  net metering programs. And in some states, consumers are required to stay connected to the electrical grid.

If you are searching for a solar inverter for your home solar system, there are a few key points to keep in mind. Solar inverter type, warranty details, system size, and manufacturer brand are some of the most important factors to consider. Explore our best solar inverters guide for a detailed comparison of our top picks.