What would Brits fine their neighbours for? 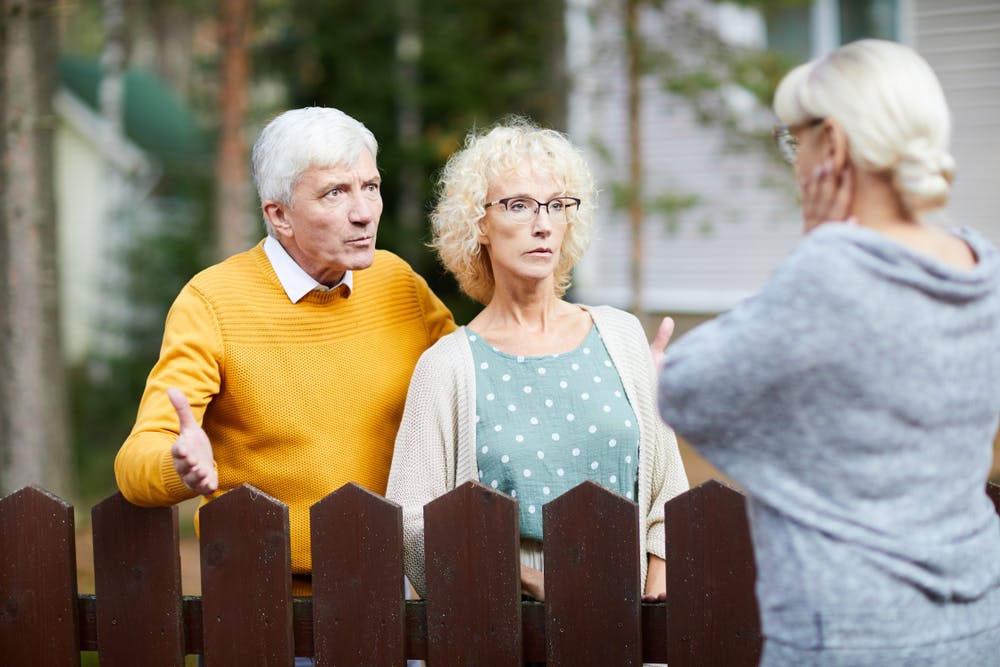 The vast majority of Brits have a good relationship with at least one next-door neighbour. However, sometimes our neighbours don’t quite live up to our expectations, such as being exceptionally noisy or inconsiderate of others living on the street.

But how could we let our neighbours know about these annoying habits? One way could be through fining them – just like Frank Lampard, head coach of Chelsea FC, does. Late to training? £20,000 fine. Phone rings during a meeting? £1,000 fine.

Energy comparison site SaveOnEnergy were curious to find out what our biggest pet peeves are when it comes to neighbours, and how far we would be willing to fine them.

What do Brits consider to be their neighbour’s most finable ‘offence’? 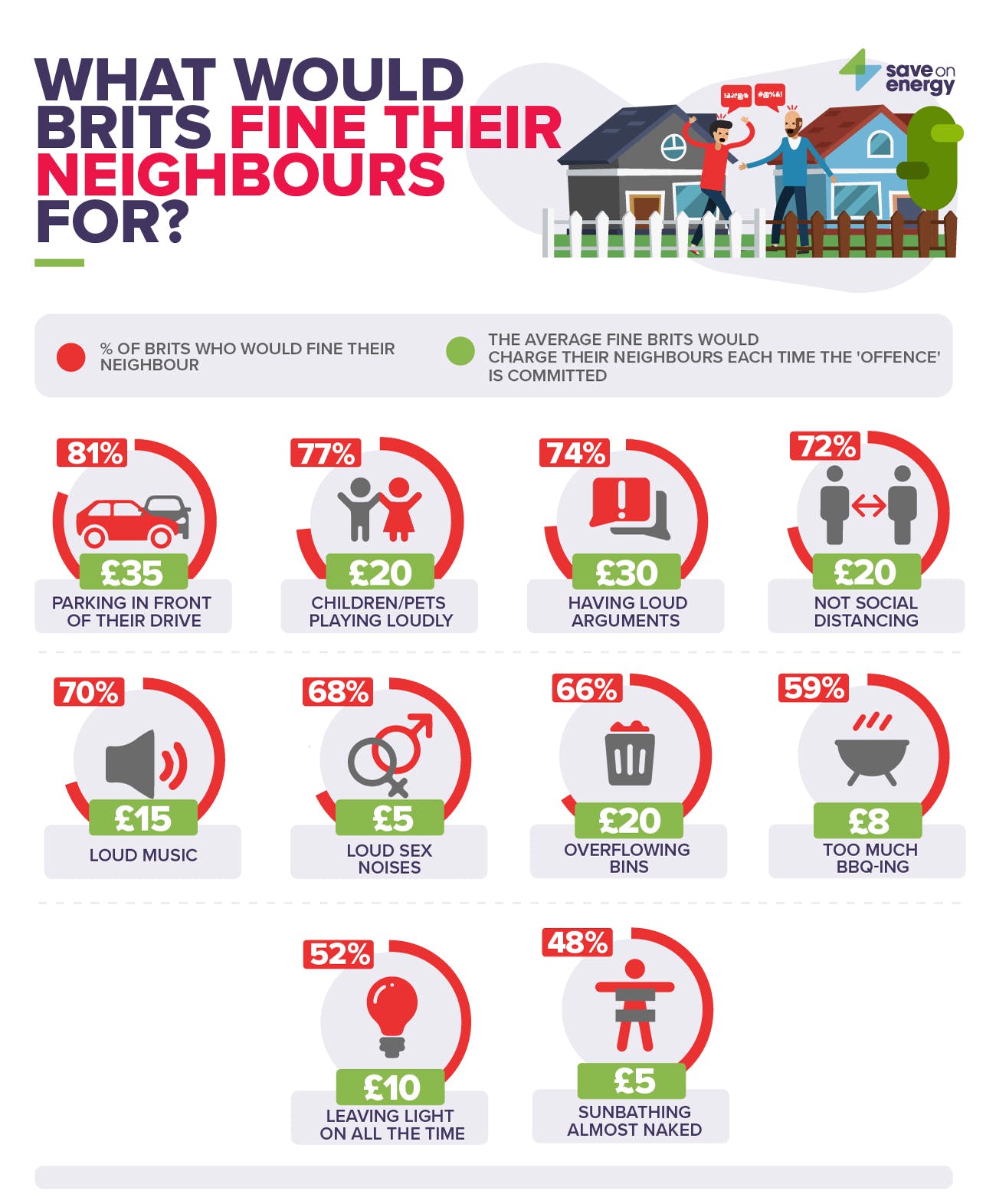 The habit that gets under people’s skin the most is when their neighbours park in front of their drive, with 81% of Brits saying they would fine neighbours £35 for it if they could. Who can blame them? There’s nothing worse than having your car blocked when you need to be somewhere.

So, what can you do if someone parks in front of your house? SaveOnEnergy got into contact with Emma Trouse, a spokesperson from Click4Reg, who comments:

‘Having to wake up in the morning to see your neighbour is blocking your car before work is far from ideal. The best approach is always to try and talk it out. If this does not work, it is important to know your rights.

The Highway Code, paragraph 207, states that people should not obstruct road users or pedestrians with their parking, which you can calmly explain to your neighbour. If you have a dropped kerb at the end of your driveway, there is a law that protects you as well.

To deal with this uncomfortable situation successfully, it is important to know the law and be polite. If that doesn’t solve the issue, you can call 101 and ask for what your next step should be.’

People would fine their neighbours for not social distancing

People have had enough with their neighbours leaving their lights on, too! In fact, more than half (52%) of Brits said they would fine their neighbours for wasting electricity and would charge them £10 whenever they do so. Not only is this an annoying habit, it’s also highly damaging to the environment and may result in sky-high energy bills.

What would Brits do with the money they received from fines?

Furthermore, SaveOnEnergy asked the respondents what they would do with the money they got from fining their neighbours. Would they use it to improve the neighbourhood or would they keep it for themselves? The results show the following: