Which regions pay the most and least for their utilities?

Whilst social distancing and working from home has become the new norm for people across the UK, worry has begun to set in about how much utility bills could rise over the next few months.

Using EPC data from OpenDataCommunities, energy cost experts at SaveonEnergy.com identified the top 10 areas in the UK, as well as regions that are paying the most and least on their utility bills to determine who could make the biggest savings by becoming more energy-efficient. 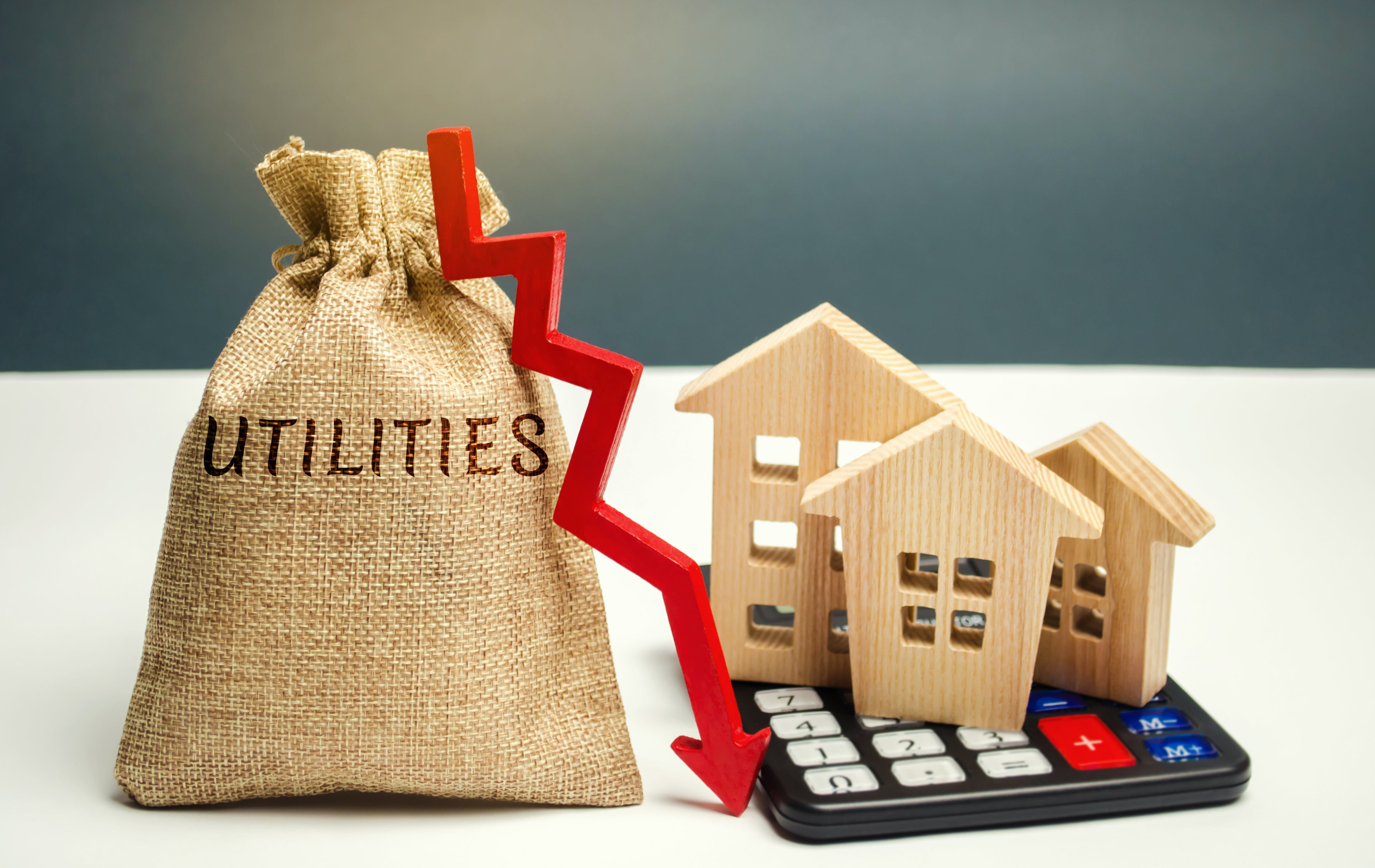 To extract the domestic data from the information provided on the Energy Performance of Buildings Data: England and Wales, our developers used the API available to query the entire database which comprised 18,000,000 EPC certificates by postcode. Once the data had been extracted, our analysts were able to restructure the information by area and region according to the postcodes provided in the database. This enabled us to summarise the areas where households were paying the most and least for their annual utility bills based on the averages provided. 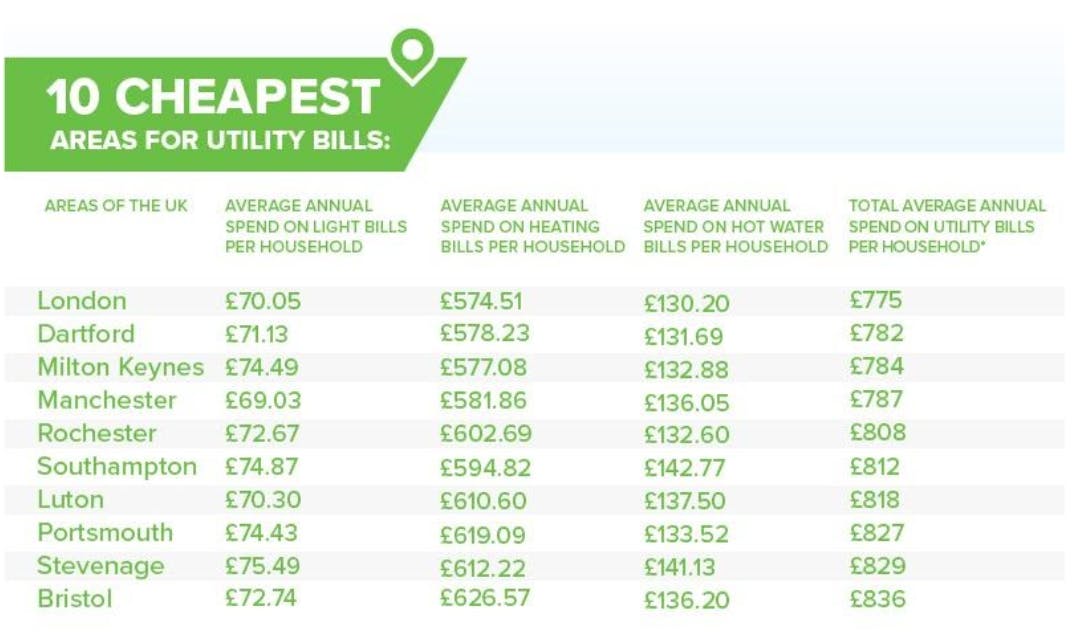 London tops the list as the cheapest area in the UK for annual utility bills* (£775). In comparison, Dumfries and Galloway takes the title as the most expensive area, with residents paying an average of £2,416 annually. This is three times more than residents in London, Dartford, Milton Keynes and Manchester, highlighting the significant dependence residents of Galloway and Dumfries have on such fundamental utilities.

Looking at the map below it is evident that steps could be taken by people living in the northern regions of the UK to become more energy efficient as there is a clear north/south divide in the UK.highlighting the significant dependence residents of Galloway and Dumfries have on such fundamental utilities. 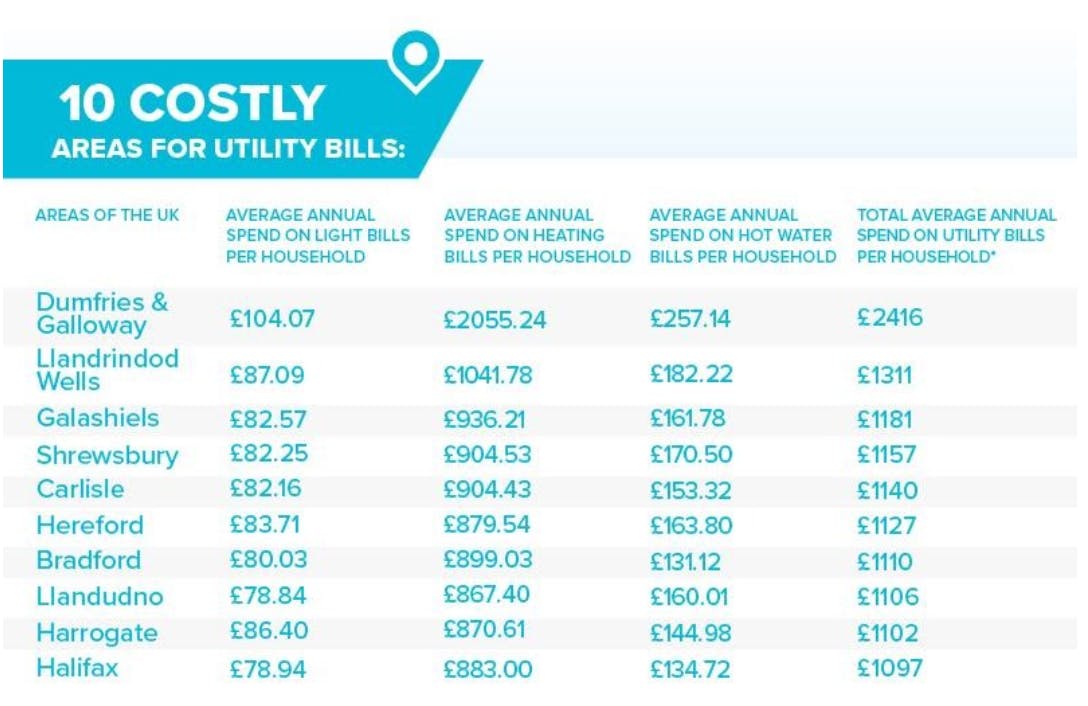 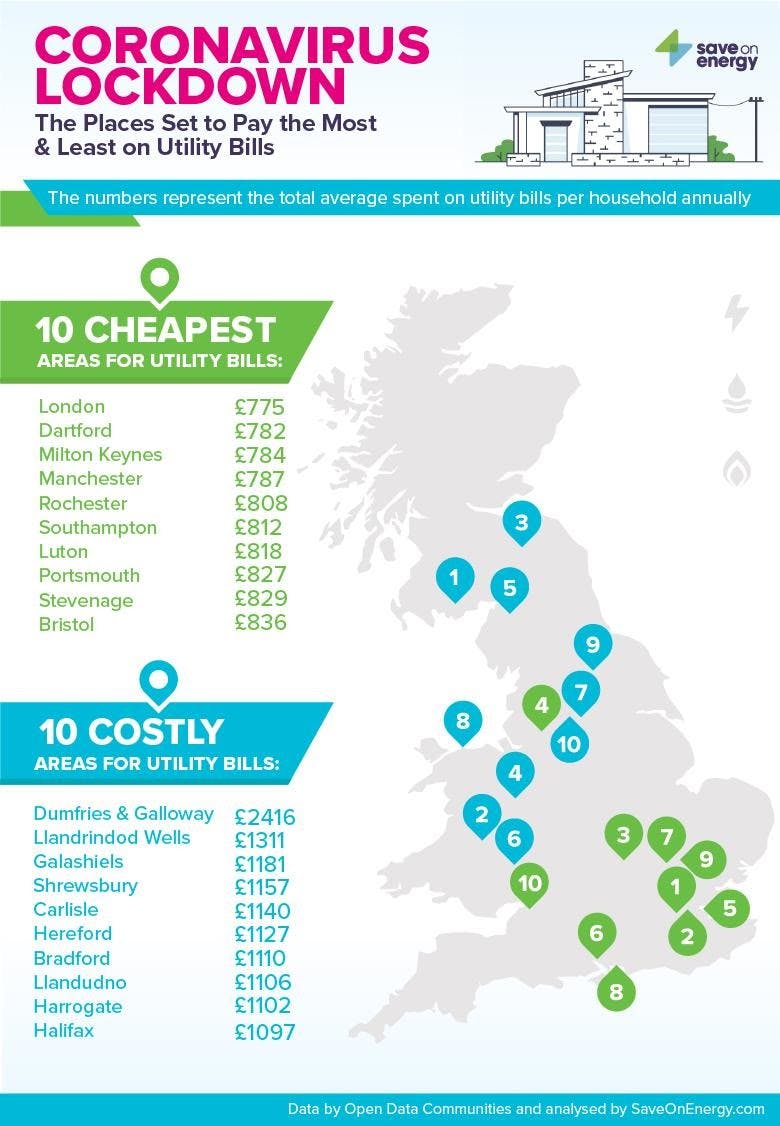 Find out how much energy costs in your region. 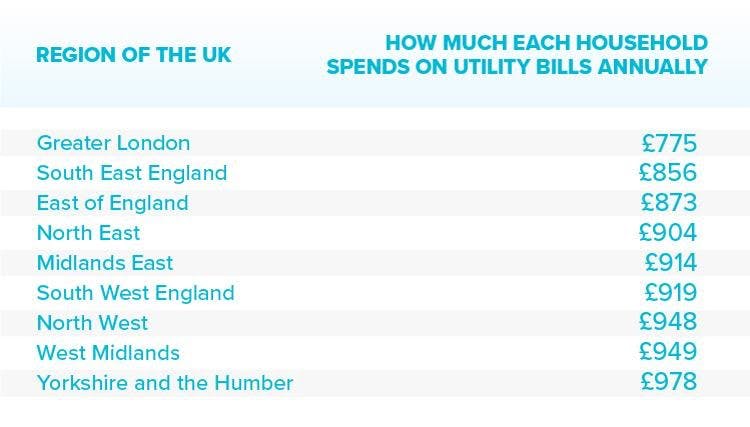 Yorkshire and the Humber takes the lead for the most expensive region in the UK when it comes to how much people pay annually per household on utility bills. Residents there are currently paying £203 more than those who reside in Greater London annually. Households in the West Midlands and North West almost tie for being the second most expensive region in the UK, with only £1 separating the two regions.

How much could your household potentially save on utility bills? 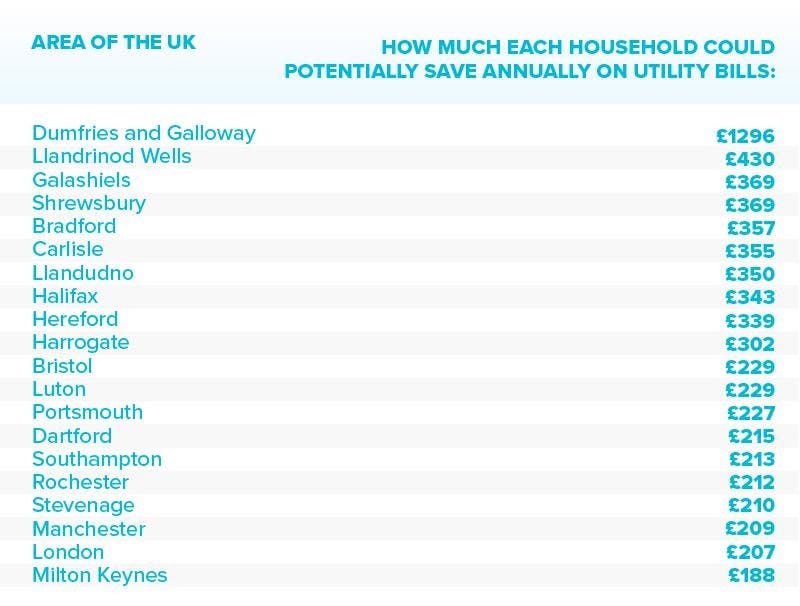 To put it further into perspective how much households in Dumfries and Galloway could save, £1296 divided by 12 is £108, meaning they could be saving this on average each month.

Despite Yorkshire and the Humber being the region where residents spend the most on utility bills annually, households in the West Midlands could save the most by becoming more energy efficient (£289).

In response to their findings, SaveOnEnergy surveyed 2,197 Brits across the UK to see where their views currently stand regarding paying bills. 81% of those surveyed are worried about bill increases, as already 33% are struggling with paying their bills on time. Additionally, 67% of those surveyed believe that their utility companies should be footing their bill during lockdown.

How to save on oncoming bills

Almost half (48%) of those surveyed stated they have looked for ways to decrease their energy bills whilst working from home during official lockdown guidelines. Thus, in a bid to help those who are worried about their bills or concerned about being overcharged by their provider, Linda Dodge, an expert at SaveonEnergy, has offered these top tips on ways people in the UK can save on their oncoming bills:

“There are many simple and cost-effective ways people can save on their bills such as:48% of those surveyed stated they have looked for ways to whilst working from home during official lockdown guidelines. Thus, in a bid to help those who are worried about their bills or by their provider, Linda Dodge, an expert at SaveonEnergy, has offered these top tips on ways people in the UK can save on their oncoming bills:

Total annual spend on essential utilities column came from adding up the heating, lighting and water bills for the corresponding city.