Could this help commercialize carbon capture? What does this mean for me? 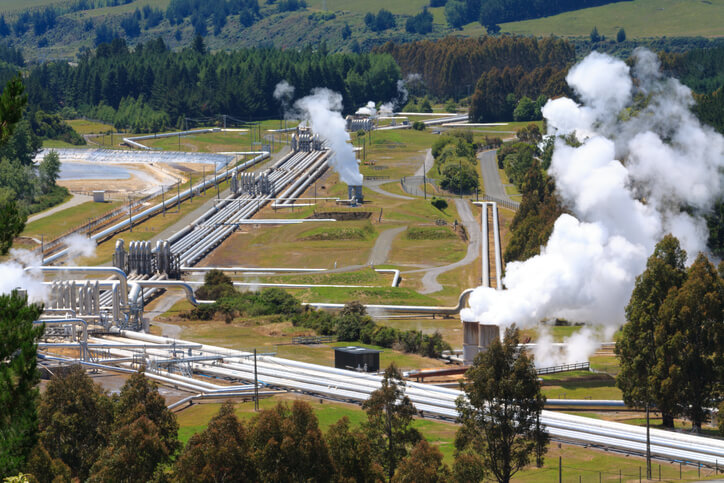 New findings are welcome news for oil and gas operators looking to offset greenhouse gas emissions. A recent study from the University of Alberta found that carbon dioxide (CO2) captured from fossil fuel plants could produce geothermal energy. This procedure is known as CO2-Plume Geothermal (CPG).

The site where the tests were conducted is called Aquistore. It is an underground reservoir containing CO2 in the Canadian province of Saskatchewan.

The feasibility study examined whether engineers could inject CO2 into an underground well to extract heat. Researchers looked at injecting the CO2 to a depth of 3,400 meters. The carbon would then collect heat due to the high underground temperature before returning to the surface. Engineers could extract the geothermal energy and then recycle the CO2 back underground to repeat the process.

“The other excitement is about the fact that with carbon dioxide, you can go to shallower reservoirs and expand the viability of geothermal resources; you don’t necessarily need to drill very deep wells,” comments Alireez Rangriz Shokri, who participated in the research.

Could this help commercialize carbon capture?

Carbon capture and storage (also called CCS) has yet to make a big impact on a commercial scale. Some advocates argue its best chance is in heavy industry, like cement and steel production. These operations are difficult to decarbonize because they require very high temperatures that green energy can’t produce. Carbon capture could allow cement producers to operate at net-zero emissions while using fossil fuels.

Some energy experts are more skeptical about the viability of CCS in the energy sector. This doubt is due to the rapid drop in cost for renewable options, such as solar, wind power, and battery storage. Currently, CCS can’t compete with the low-cost energy options that electricity providers offer.

The International Energy Association recorded approvals for over 100 new CCS projects worldwide in 2021. The organization noted that CCS would play an “important role” in meeting net-zero targets. At the same time, it warned, “(T)he planned pipeline of projects would fall well short of delivering the 1.7 tons of CO2 capture capacity by 2030 in the net zero by 2050 scenario.”

CPG could prove an effective way to use all the stored carbon if CCS takes off. But that probably wouldn’t change the minds of CCS’ critics.

One concern they raise about carbon storage is the so-called “fugitive emission,” which refers to the percentage of gas that escapes from the storage facility over time. Another worry is the problem of methane emissions, which could occur from gas production even if CO2 was stored on a large scale. Methane is estimated to be over 80 times more polluting than carbon dioxide.

A further concern for CCS opponents is that the technology may slow down the transition to clean energy. Sierra Club’s Patrick Drupp said the organization would not support CCS projects that support fossil fuel burning. He added that “consistent and strong regulations” are required “to guarantee that carbon actually is sequestered and sequestered permanently.”

What does this mean for me?

The practical impact of Carbon Dioxide Plume Geothermal on the electricity sector won’t be substantial for the foreseeable future. Researchers must first complete the steps necessary for a pilot project using the CPG technology. These steps include assessing whether the operation would comply with environmental regulations and examining other potential site-specific issues.

“If the Aquistore gets a green light, this will be the first carbon dioxide circulation pilot test for the study of CPG technology in the world,” said Shokri.

A successful pilot project could lead to the rapid development of CPG technology. Only time will tell whether its cost would allow CPG to compete with renewables to provide clean electricity plans. If that proves possible, natural gas companies may see CPG as a useful tool to green their operations and meet state-imposed clean energy goals.