Is Solar Energy Renewable or Non-Renewable? 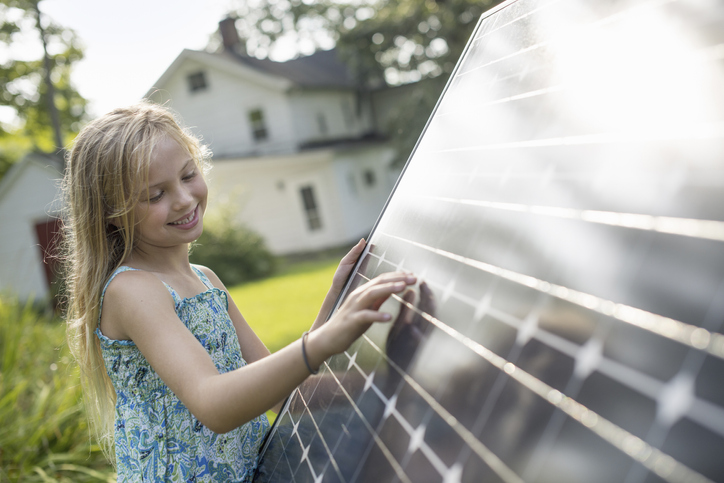 Is solar energy renewable or non-renewable?

Yes, solar energy is a renewable energy source. The sun is a free, clean, and consistent source of power that has been producing energy for billions of years. Humans began using the sun’s power as early as the third century, and the first solar cell technology was invented in the 1800s.

How is solar energy renewable?

Renewable energy comes from natural resources that replenish or “renew” themselves on their own. Wind, sunlight, and water are renewable resources that we can use to create electricity.

Non-renewable energy comes from resources that will not replenish on their own and can only be used once. Oil is an example of a non-renewable resource because there is a limited amount of it and once the oil supply is gone, it cannot be created naturally again.

How solar energy helps the environment

Solar systems work by using sunlight to provide thermal and electrical power for residential, commercial, and industrial locations. The amount of energy a solar system generates will depend on how much sunlight it gathers each day.

Many consumers choose to invest in home solar panels for environmental reasons. Non-renewable fossil fuels like coal, oil, and gas release carbon dioxide and other harmful greenhouse gases into the atmosphere when they are burned to create electricity.

According to the National Renewable Energy Laboratory (NREL), a solar system only produces about 40g of carbon dioxide equivalent per kilowatt-hour (kWh) in its lifetime. For comparison, a coal power plant emits more than 1,000g of carbon equivalent per kWh in a lifetime.

By powering your home with solar energy, you are using a power source with a much lower carbon footprint, which reduces your home’s environmental impact. Shifting to renewable and green power sources lowers the amount of carbon dioxide in the atmosphere and helps to slow the effects of global warming.

Does solar energy harm the environment?

Like most other energy sources, generating solar power does have an impact on the environment, although it is fairly low. Solar panel parts are manufactured in factories that are often reliant on non-renewable power sources like coal. These factories also impact the ecosystem of the location where they are built and can affect the plants and wildlife that live there.

However, once solar panels are manufactured and installed, they no longer emit carbon dioxide and only produce clean, green energy. Solar panels can last up to 25 years, so over their lifetime they have a very small impact on the environment.

Solar energy is a renewable resource and a green power source because the sun produces energy naturally and solar power does not emit carbon dioxide. If you are interested in learning more about solar energy in your area, visit your state’s solar page below.