The history of who discovered solar energy | SaveOnEnergy®

The history of who discovered solar energy 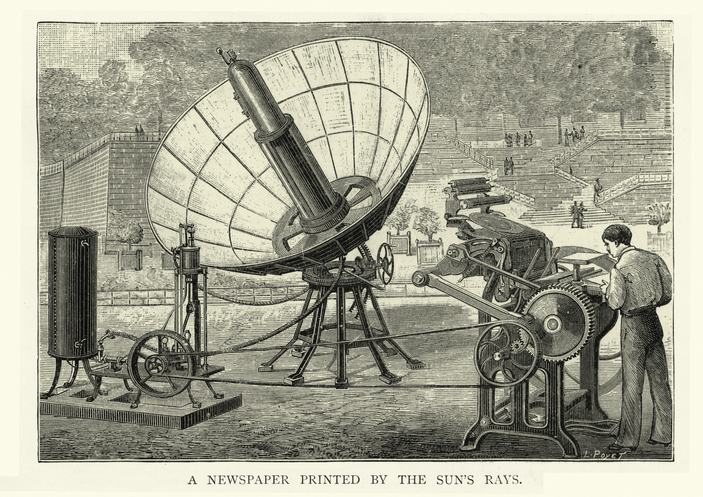 Solar energy is becoming more prevalent every day. In fact, northeast Texas will soon be home to the largest solar energy farm in the country.

Texas ranks second in the country for solar energy growth. Approximately 783,663 homes and 1.7 percent of the state’s electricity comes from solar energy, according to the Solar Energy Industries Association (SEIA).

While solar energy is gaining a foothold, you may find yourself wondering how it came about.

Here’s a quick history lesson about who discovered solar energy.

Humans have been utilizing the sun’s energy as far back as we can trace. In the third century B.C., the Romans and Greeks used burning mirrors to light torches during religious ceremonies.

In 212 B.C., Greek scientist Archimedes allegedly used the reflective properties of sunlight and bronze shields to set fire to wooden Roman Empire ships that were besieging Syracuse, according to a solar timeline by the U.S. Department of Energy.

In 1816, Robert Stirling, a minister in Scotland, applied for a patent for an innovative economizer. The DOE says Stirling built heat engines in his spare time, which would later be used in solar thermal electric technology to produce energy.

Then of course there were the ancient Greeks, who used the sunlight streaming into their homes to keep warm in the winter.

All these early solar endeavors would eventually be sharpened. While it wouldn’t be until years later, the basic idea of solar energy has always existed.

It wasn’t until the 1800s that solar cell technology, also known as photovoltaic technology, came about. A French physicist named Alexandre Becquerellar takes the credit. In 1839, he discovered that he could convert sunlight into electricity, according to the Institute for Energy Research.

Fritt’s panels successfully produced an electric current. However, they were weak and would need major improvements.

In 1905, Albert Einstein wrote a research paper breaking down the process of the photoelectric effect. It was his research, combined with Becquerellar’s early discovery, that set the stage for solar as we know it today.

A mathematician gets involved

A major player in the history of solar power is mathematics instructor Auguste Mouchout. In 1865, Mouchout began work on the first solar-powered steam engine. During this time, Mouchout successfully converted solar heat into mechanical power.

Mouchout first became involved in solar research in 1860 because he was concerned about his country’s dependency on coal.

The U.S. government showed enthusiasm for the advancement of solar technology even in its earlier years.

While the government was interested in solar power early on, it became more of a necessity in the 1970s. In 1973, the U.S. faced an energy crisis following the Arab oil embargo.

“This energy crisis catalyzed the federal government’s commitment to develop solar energy. Congress passed five energy bills in 1974, two of which cited solar power as a potential solution to the energy crisis,” explains the Institute for Energy Research.