What are the most sustainable vintage red carpet outfits of all time? 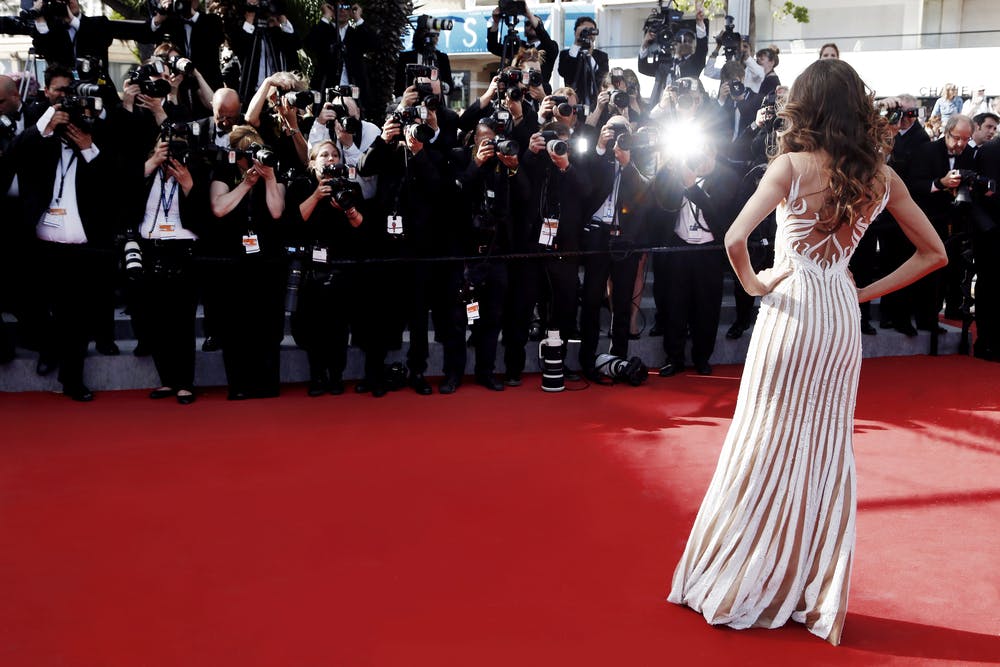 Fast fashion is one of the biggest threats to the environment today, with the industry producing 10% of global carbon dioxide emissions every year, using an estimated 1.5 trillion litres of water annually, and polluting the planet – from chemical waste to microplastics.

Many of us are guilty of buying into fast fashion and purchasing new outfits for special occasions. Celebrities are no exception, with many donning brand new designer outfits on the red carpet – with some even wearing more than one outfit across a single event!

However, more and more celebrities are choosing to recycle and reinvent old outfits on the red carpet, resulting in environmentally conscious and money-savvy consumers following suit by renting clothes, buying vintage, or recycling clothing instead.

In fact, celebrities such as Cate Blanchett, Jane Fonda and Rita Moreno are all fond of reworking an old favourite – even the Duchess of Cambridge recycles her outfits, as seen in our Eco-Friendly Royals Index.

In a bid to find out which celebrities are the most sustainable with their fashion choices on the red carpet, we compiled a list of the top 50 best vintage red carpet outfits (as cited by fashion publications such as ELLE and Vogue) and studied how many times each celebrity was mentioned in the top 50, as well as which vintage designer brands were most worn.

The Olsen twins feature a total of five times in the top 50, sporting vintage looks together and individually. Mary-Kate and Ashley wore vintage red carpet outfits at the Through The Looking Glass-themed Met Gala in 2015 and the Notes on Fashion-themed Met Gala 2019.

What are the most worn vintage brands on the red carpet? 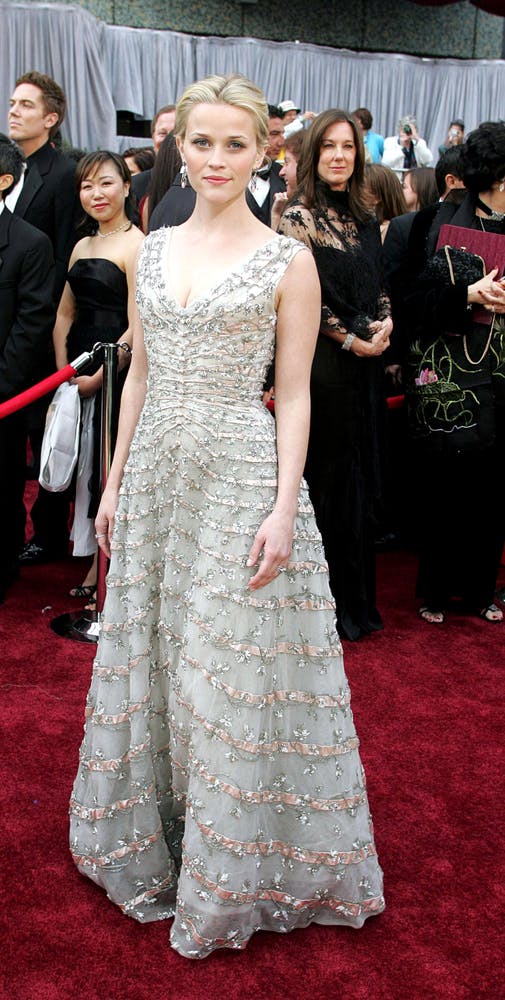 Of the top 50 best vintage red carpet looks of all time, we sought to unveil which vintage designer brands are worn the most. We can reveal that vintage Christian Dior came out on top, with 11 celebrities on the best dressed vintage list wearing the brand – that equates to one in five outfits. Celebrities donning Dior include Jennifer Aniston, Kim Kardashian-West, Kate Moss and Reese Witherspoon to name a few.

Vintage Versace followed, with seven vintage outfits made by the brand. Following shortly behind is vintage Valentino, as the third most common brand among the top 50 best vintage red carpet looks, with the brand worn on five times.

Other designers like Chanel, Mugler and Saint Laurent also featured more than once among the top 50, including vintage leather Chanel sported by the Olsen twins, and Yves Saint Laurent worn by Amal Clooney.

What are the 10 best vintage red carpet outfits?

To determine the top 10 best vintage red carpet outfits of all time, we asked 3,446 fashionistas to vote on their favourite recycled or reinvented red carpet looks.

Taking the top spot is Jennifer Aniston’s vintage red carpet outfit at the SAG Awards in 2020, where she wore a John Galliano for Christian Dior dress. This outfit was a winner, taking a quarter of the vote (24%).

The second most popular vintage red carpet outfit was that of the Olsen twins (Mary-Kate and Ashley), both of whom also wore John Galliano for Christian Dior. Flaunting their vintage and eco-conscious designer wear at the Through The Looking Glass themed Met Gala in 2015, the twins outfits were voted as the best vintage red carpet look of all time, taking 17% of the vote.

Reese Witherspoon’s vintage 1955 Christian Dior dress worn at the 78th Annual Academy Awards in 2006 followed shortly behind, voted as the best vintage red carpet look by 15% of those surveyed.

In fifth spot is the vintage dress Kate Moss wore at the 52nd Cannes Film Festival in 1998, with one in 10 voting for this look as the best vintage red carpet outfit of all time (11%).

Amal Clooney’s Jean-Louis Scherrer by Stephane Rolland gown was voted as the sixth best vintage red carpet outfit of all time, taking 8% of the vote. The vintage classic was worn to The Prince’s Trust at Buckingham Palace in 2019. 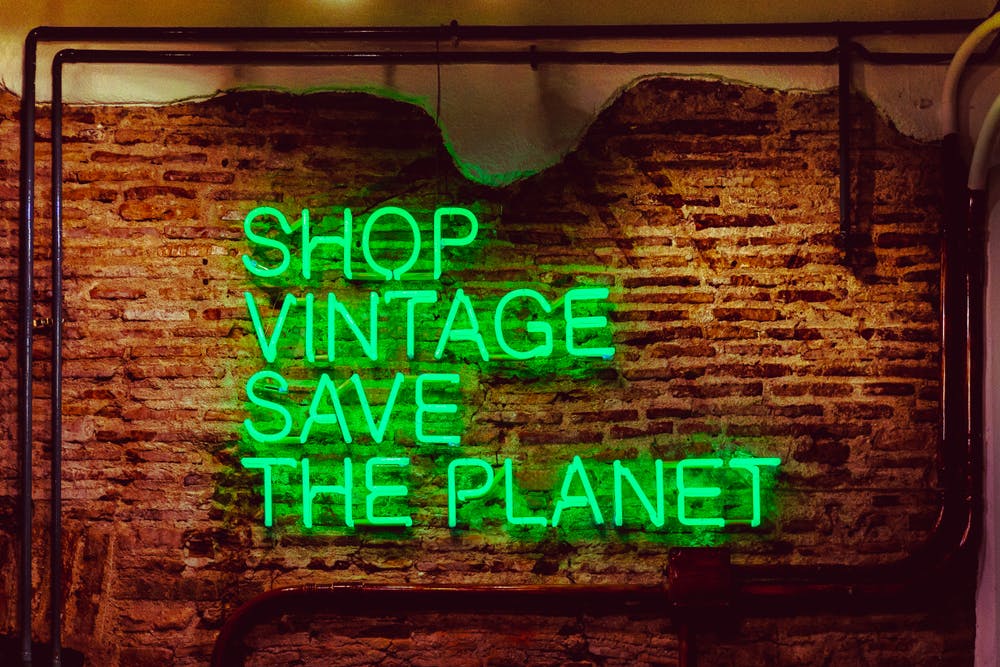 If you’re looking to do your bit for the environment and invest in a more eco-conscious wardrobe, here are a few expert tips:

Vintage fashion often has measurements described rather than the size because the clothes of the past were not sized like they are now. For example, pre-1960s garments were handmade or tailored, so there would be no label. Therefore, it is a good idea to know your size. This can be done by measuring a piece of clothing that fits you well, rather than your body, as the former is larger than the latter. Using this, always approach shopping vintage with these measurements in mind.

Ultimately, vintage fashion is old, so you may expect wear and tear. However, before you buy, you need to establish if this wear and tear will worsen over time, essentially making it redundant. When you find an item that you like, hold it up to the light and check for holes, often caused by moths or storage. Also check for stains and marks, as these may be ingrained and therefore challenging to remove. Likewise, be wary of odours, so give all vintage clothing a good sniff first. A reputable vintage store will have washed, repaired, and pressed every piece, however, making checks like these are still good practice!

Lastly, it is important to pay attention to labels. It is important to work out whether a garment is genuine, particularly if you are buying designer vintage, since these garments often carry a hefty price tag. Here are some key things to bear in mind to ensure you’re buying genuine vintage wear: