Grid infrastructure updates in the past decade | SaveOnEnergy

Major grid infrastructure updates and changes from the past decade 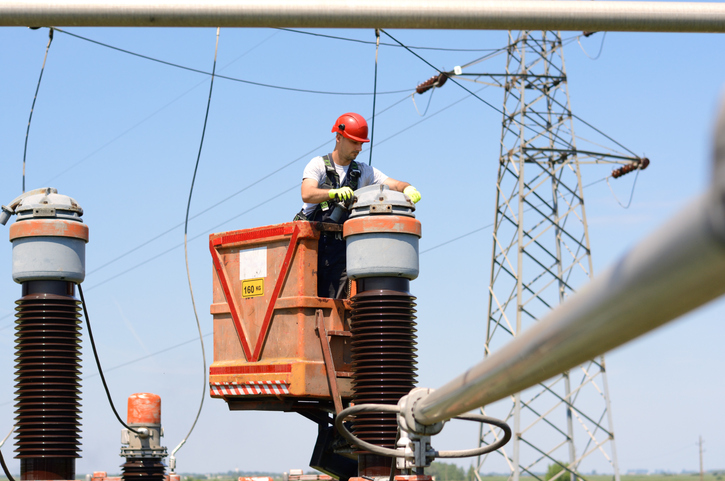 While it’s important to look ahead to the future, it’s easy to forget that we’ve already seen some significant changes to the electricity grid over the past decade. However, many energy experts believe there must be more large changes to our electricity grid in the coming years.

The current grid must adapt to support the growth of renewable energy. Specifically, creating larger quantities of solar and wind power requires more transmission lines and storage capacity. From wind energy farms to solar power surges, many improvements have taken place in recent years. Take a look at some key developments that are reshaping the future of power.

In the late 2000s, Texas decided to support a massive buildout of wind energy. State politicians approved the creation of five competitive renewable energy zones in the west of the state, where the wind is the strongest. However, they had to organize major transmission upgrades to bring wind power to the Lone Star State’s main population centers, like Dallas, Houston, and San Antonio. These upgrades were completed in early 2014.

The buildout cost $6.8 billion and added 3,600 miles of transmission lines to the grid. The project increased wind power capacity by 50% in Texas. The state ended up having three times more wind power on its grid than any other state. Currently, wind power accounts for about one-quarter of Texas’ electricity requirements.

As of the third quarter of 2021, California’s solar capacity was over 33,000 megawatts, according to the Solar Energy Industries Association (SEIA). This amount is enough to generate 24% of the state’s electricity requirements and power more than 9.5 million homes. A major driver of solar’s rapid growth is its steady drop in cost, which has fallen 11% over the past five years.

The first offshore wind farm joined the electricity grid in December 2016. The Block Island facility is located three miles off the Rhode Island coast and can provide 30 megawatts of power. That’s enough to power up to 17,000 homes.

Since this modest beginning, plans to build much larger offshore wind turbines have continued. Regulators approved the go-ahead in May 2021 for Vineyard Wind, an 800-megawatt project off the Massachusetts coast. The federal government wants 30 gigawatts of offshore wind capacity to be in place by 2030.

Battery storage takes off as a major grid resource.

Under one gigawatt of battery storage capacity was operating on the US grid in 2020. This amount provided enough energy to power around 350,000 homes for a few hours. However, the National Renewable Energy Laboratory estimates that at a minimum, energy storage facilities could have 125 gigawatts of capacity by 2050.

In 2021, about six gigawatts of new battery storage facilities came online. Predictions suggest another nine gigawatts will follow this year. A big factor driving the growth of battery storage is a sharp drop in cost for lithium-ion batteries. Batteries can help variable energy sources, such as wind and solar, be more dependable.

During the extremely hot summer of 2020, Californians experienced a series of rolling blackouts. The state responded by significantly expanding the energy storage capacity on the grid.

California had approximately 200 megawatts of storage capacity on the grid during the 2020 heatwave. By September 2021, storage capacity for wind and solar facilities increased to 2,000 megawatts. Gov. Gavin Newsome also approved modifications to permitting rules to speed up the construction of new renewable facilities.

In turn, California avoided grid blackouts in 2021. Some observers attribute that to lower temperatures compared to 2020. However, analysts with the Union of Concerned Scientists pointed out that while the lights stayed on, the end result was burning more fossil fuels. For example, Newsome changed rules to allow backup diesel generators to operate when the power supply got tight.

In response to the storm, legislators required gas plant operators to winterize their equipment. Many plants had previously operated without walls and other protective features to keep costs down. This cost-cutting measure resulted in several gas plants going offline when the storm hit. Natural gas is the largest source of energy generation on the Texas power grid.

Industry experts criticized companies for failing to take these measures before the storm, since this wasn’t the first time that Texas had experienced harsh winter weather. In fact, Texas had a less severe winter storm in 2011. That weather event prompted regulators to recommend that grid infrastructure be winterized. However, few improvements to winterize the power grid were carried out prior to the 2021 storm.

Improved grid infrastructure will benefit the nation by providing both reliable energy and renewable energy options to more people. Grid updates also create jobs and energy security for a wider swath of people. Although supply chain issues persist, 2022 is predicted to have several key developments, such as the decline of coal and the addition of federal funds to boost clean energy.