How much do solar panels cost in Delaware 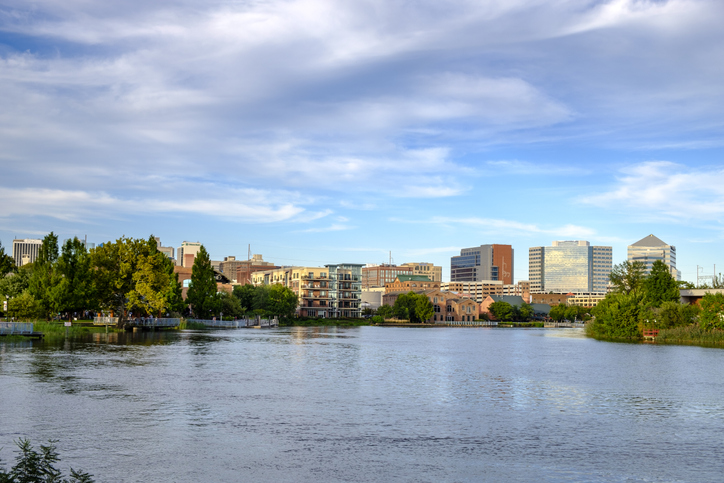 Solar energy has been around for a few hundred years and is gaining popularity around the country as a green energy solution for homes and businesses. Are you considering solar panels in Delaware for your home or business? Over 20,000 homes get their power from solar energy in Delaware. Though Delaware is one of the least solar-powered states in the U.S., it is gaining traction as prices for solar systems decrease and the overall cost becomes attainable for more homeowners. Delaware also has solutions for renters and those who cannot shoulder the upfront cost of a solar panel system for their homes.

The average cost of a solar system for residential use in Delaware is $2.92 per watt, which brings the total system cost to $23,738 before factoring in solar incentives like rebates and tax credits. When purchasing a home solar system, the average payback period for homeowners is 6–9 years.

Solar panels in Delaware have a large upfront cost. One way to offset the price tag is by taking advantage of incentives and rebates.

On a federal level, homeowners who have solar panels installed in 2022 can get a 26% federal tax credit called the solar investment tax credit, or ITC. There is no maximum solar panel cost cap on the federal tax credit. This incentive is set to expire at the beginning of 2024, unless Congress renews it. Although it has happened previously, there is no guarantee that Congress will extend the ITC. Homeowners looking to purchase solar panels in Delaware should invest in them sooner rather than later to ensure they can take advantage of this tax credit.

There are also Delaware solar incentives to consider. Residents can get rebates when buying solar panels to offset the initial cost. Delaware supports the distributed solar market by allowing for community solar sharing, which ensures that one individual isn’t bearing the full cost. You can also use third-party solar financing to compare quotes to get the best deal on the entire project.

Though solar panels in Delaware have an upfront cost, they can reduce how much you pay on your monthly energy bills. If you think you may sell your home in the future, installing a solar panel system can also improve your home’s value. Over time, the energy savings and property value increase will adjust to reflect true savings on the cost of your solar panel investment.

Another reason to purchase solar panels for your Delaware home is to gain energy independence. With solar panels, you can worry less about rising electricity rates, and the need to rely on the electricity grid to power your home. And with a solar battery, you won’t have to worry about power outages like residents depending on the power grid.

Another reason to consider solar panels in Delaware is to lower your family’s environmental footprint. Adding solar panels to your home can potentially decrease your contribution to climate change. Solar panels are just one form of clean energy that reduces pollution. Not only is solar a type of green and clean energy, but it is also a renewable energy source.

One of the biggest debates homeowners have when deciding to install solar panels is whether to buy or lease the panels. While the lower upfront cost to lease the solar panels can be tempting, you will actually save more money over time if you buy or finance the solar system. Homeowners who lease won’t see the same amount of savings as they would when buying the panels, and may not be eligible for Delaware solar incentives and rebates like the federal solar investment tax credit. Solar panels can also increase your home value when reselling by $15,000.

One alternative to leasing or buying solar panels is a power purchase agreement (PPA). which This agreement takes the responsibility of designing and maintaining the system off of the homeowner and puts it on the solar developer. You will benefit from clean energy, but not necessarily financial savings.

You can also choose to share the cost of solar panels in Delaware through a shared or community solar program. In this program, each community subscriber purchases a portion of a large solar system and receives credits from the utility company on their energy bill. Community solar programs may also be a good solution for renters and homeowners who share a roof or have an old one they aren’t ready to replace.

Delaware has several solar panel companies that install solar systems. The SaveOnEnergy marketplace can connect you to top-tier solar company in your area. Review our solar resources on SaveOnEnergy to understand more about the solar industry and choose the right Delaware solar panel company. You’ll find helpful resources on the most efficient solar panels, how they work, and details on what to expect during installation. If you are ready to go solar, call the number on your screen or request more information.

The history of solar power in Delaware

The state of Delaware played a large part in the history of solar power. In 1972, the University of Delaware (UD) created the Institute of Energy Conversion to research and develop solar thermal and photovoltaic (PV) panel systems. The following year, UD created a PV/thermal hybrid called “Solar One,” which was considered the first solar-powered residential system.

Delaware ranks 41st in the nation for solar power. There are several solar farms in Delaware, including the Bruce A. Henry Solar Farm in Sussex County and the Milford Solar Farm in Kent County. Milford Solar Farm can generate up to 12 megawatts (MW) of electricity, which can power over 1,300 homes in Delaware. Solar energy is rapidly growing in the state, with over 20,000 homes currently powered by solar. Delaware also has a goal of having 25% of its power sourced by renewables by 2026, with at least 3.5% of that power coming from solar.

If you’re trying to decide if solar panels are right for your Delaware home, consider these factors: