How much do solar panels cost in South Louisiana ? 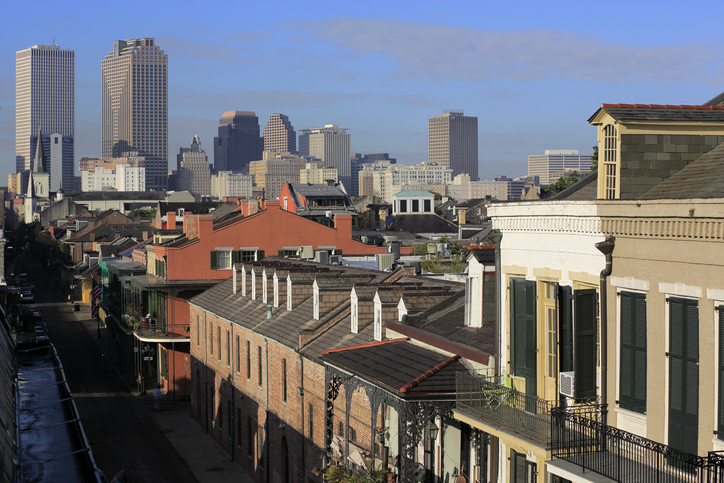 Though Louisiana does have some ground to cover in making use of solar energy, solar panels in Louisiana have a fairly decent-sized presence in the state’s overall energy production.

According to the Solar Energy Industries Association (SEIA), there are a total of 202.9 megawatts (MW) from installed solar panels in Louisiana, enough to power 21,280 homes. That’s a total of 19,060 installations, which translates to 3,175 solar jobs, bringing the “Pelican State” to 29th in our ranking of solar energy by state.

While Louisiana is known for some high precipitation and humid weather, the state still has a majority of sunny days during the year, making solar a viable option. Read on to learn about the benefits of solar panels, the costs of installing solar panels, and ways to pay for solar panel installation in Louisiana.

Thankfully, there are several incentives and rebates available to help decrease the total price for Louisiana residents. Check into federal tax credits such as the one listed below, as well as state and local incentives, which are often offered through your utility.

Solar panels in Louisiana can be quite pricey, but Louisiana solar incentives and rebates can lower your overall costs for installing solar panels.

With the signing of the Inflation Reduction Act on August 16, 2022, the federal government began offering the Residential Clean Energy Credit. This is a 30% tax credit that can be applied to the purchase of a solar system for your home until 2032, after which it will begin to decrease. If you bought and installed your system in 2022, even before August 16, you can still retroactively apply this credit to your purchase.

Louisiana as a state does not currently offer rebate programs. However, make sure to search the DSIRE database to see what is available at any time in Louisiana, as programs can change, and there might be some Louisiana solar rebates and other incentives available in the future.

Solar energy in Louisiana can be a great investment for several reasons. The most appealing of these reasons for many consumers include lower electric bills, increased energy independence, and the environmental benefits of solar power.

The number one reason people usually install solar is the idea of lower energy costs, so becoming independent from the grid can be appealing. Installing solar can even increase your home’s value since anyone looking to purchase your home might consider added solar arrays a perk. Investing in solar can also help homeowners save over time.

The panels can be expensive upfront, so many consumers consider leasing their systems, which allows you to pay monthly while enjoying energy savings and generating your own power.

The U.S. energy grid is getting older, and extreme weather has been putting more stress on it. According to the U.S. Energy Information Administration, U.S. customers had nearly six hours of interrupted power in 2018. If you were to install solar panels with a solar battery to store the excess power your panels produce, you would likely be able to keep powering your home on that power reserve, even if the grid went down.

Many homeowners are also attracted to the environmental benefits of a solar array. Solar is a 100% renewable resource, so it’s a very direct and impactful way to reduce a home’s total carbon footprint. Many homeowners also elect to use solar power with an electric heating system, which tends to work well in Southern climates like Louisiana, freeing residents from using natural gas.

Should I buy or lease solar panels in Louisiana?

Leasing isn’t a bad choice for many homeowners, and it does allow more families to access solar. However, bear in mind that leasing might not lead to the same overall savings as buying panels and can affect how incentives and rebates work.

According to the Office of Energy Efficiency & Renewable Energy, installing solar panels in Louisiana might be able to increase your home’s value by $15,000. Because the average solar array costs nearly $25,000, you might even see the increase in your home’s value eventually offset the cost of the solar array. Even if you need to finance your system, it can be worth the extra investment.

Louisiana has several quality solar companies that can help you achieve more energy independence. However, you will have to be sure solar works for both your home type and energy uses. SaveOnEnergy’s experts can help you explore available options, compare pricing, and determine which solar installer is best for you. Simply fill out this form or call the number on your screen to get started.

You can learn more with SaveOnEnergy’s guides on solar energy and green energy rates.

Some factors to consider for how dependable and viable solar power for your Louisiana home can be include: