How much do solar panels cost in Missouri? 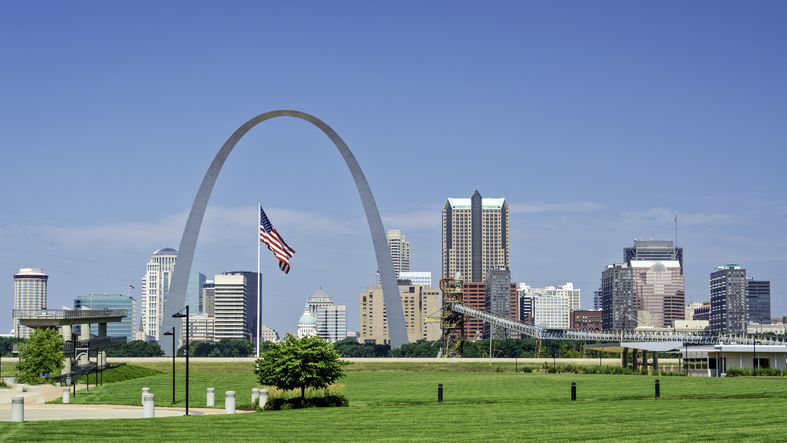 Missouri’s current solar power infrastructure is decades in the making. Like many states, Missouri started implementing solar policies in the late 1970s. While it’s true that Missouri ranks in the bottom half of states — it has seen significant increases in the past decade.

If you live in Missouri, installing solar panels on your home may help you save on energy. Wondering if they’re right for you? Keep reading to learn more about the costs and benefits of solar power to help you decide.

The cost of solar panels in Missouri depends on several key factors, including the size and configuration of your system, the components included, and your local labor and permitting costs. On average, homeowners pay between $3 and $5 per watt for solar panels, with the average 5-kW system costing between $15,000 and $25,000.

Luckily, solar panels can also provide monthly savings. Between the energy savings and any tax credits or other financial incentives, the average payback period is 6-9 years.

There’s no doubt that solar panels are a large investment. Luckily, the federal government and many state and local governments have implemented policies to help make them more affordable for the average homeowner.

First, the federal government offers a solar tax credit for homeowners who buy solar panels for their homes. The credit is set at 30% in 2022 and can save you thousands of dollars on your solar panel purchase. The credit will be reduced to 26% in 2033 and to 22% in 2034 before expiring in 2035.

In addition to the tax savings from the federal government, Missouri also offers a property tax exemption to homeowners with solar panels. You won’t pay additional property taxes on the increase in your home’s value. Other solar incentives in Missouri include rebates offered by various utility companies, including Columbia Water & Light, Kansas City Power & Light, Empire District Electric, and Ameren Missouri.

There are several benefits to choosing solar power in Missouri, including lower energy costs, the ability to reach energy independence, and a smaller environmental footprint.

One of the most attractive benefits of installing solar panels on your home is the energy costs you can save. Solar panels allow you to power your home with solar energy rather than traditional electricity, so your monthly utility costs may go down. Solar panels also increase the value of your home, which could be additional money in your pocket if you choose to sell your home.

Another benefit of installing solar panels is that you can establish energy independence, meaning you aren’t fully reliant on the traditional electricity grid. When you’re energy independent, you aren’t vulnerable to price hikes when electricity demand is high. Additionally, when power from the traditional grid is down, you can use your stored solar energy to continue powering your home if you have a solar battery.

Traditional electricity generation emits harmful greenhouse gasses into the atmosphere. They pollute the air and water and contribute to climate change. Solar is a renewable energy source, and its production doesn’t emit those harmful gasses. As a result, switching to solar power will reduce your home’s carbon footprint.

Here at SaveOnEnergy, we’re your guide to everything solar energy, from checking your availability and discussing your home’s needs to getting you customized options to go solar with ease. Want to talk with a human? Call our dedicated solar advisors to discuss your solar energy options. Give us a call at 877-307-9291.

You may be wondering whether buying or leasing solar panels is the better option for you. While both choices have some important benefits, buying solar panels is ultimately more cost-effective for a few reasons. First, buying your solar panels allows you to take advantage of the federal tax credit. It also provides greater long-term energy savings. Finally, solar panels can increase your home’s resale value by an average of $15,000.

A final option for those who can’t buy or lease solar panels is a community solar project. Through this type of program, participants can sign up, and then share the solar power the project generates. There’s no large upfront cost to buy the panels, nor are you required to install panels on your home, but you can still benefit from them.

There are close to 120 solar companies in Missouri, which includes manufacturers, installers, and other tertiary solar businesses. Researching the components that come with getting solar panels for your home can help you choose the best company for your situation. To help with your research, SaveOnEnergy has a comprehensive solar energy guide.

The history of solar power in Missouri

Like many states, Missouri enacted its first solar policy in the late 1970s with the passage of its Solar Easements & Rights Laws. Solar power didn’t quite take off in Missouri at that time, and it was more than 30 years before the state implemented more solar initiatives, including its net metering law and its Missouri Clean Energy Act. Since then, individual utility companies have stepped up and begun creating their own financial incentives for homeowners who invest in solar power.

Today, Missouri is ranked 33rd in the nation for solar energy generation. Roughly 0.68% of the state’s electricity comes from solar power, which is enough to power just over 40,000 homes. Over the past decade, Missouri has seen an increase in utility, commercial, residential, and community solar installations. Solar power has also found a place in Missouri’s economy — there are more than 120 solar companies that create over 2,500 jobs.

Before you install solar panels on your home, there are a few things to consider to help ensure they’re really the best fit for your home.