How much do solar panels cost in New York? 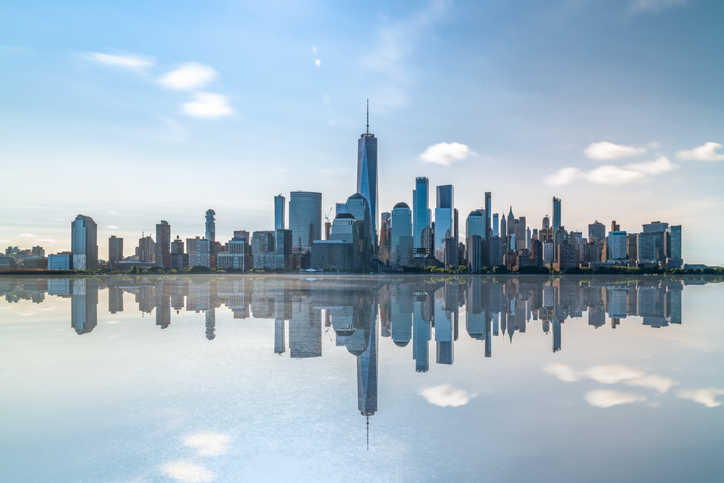 You might be surprised that New York is one of the leading states in the nation for solar energy generation. Like many states, it has invested heavily in solar power, especially in making it more affordable for the state’s residents.

If you live in New York, you could save money and reduce your environmental footprint by installing solar panels on your home. Keep reading to learn the costs and benefits of solar panels and how to decide if they’re right for your home.

Solar panels are priced per watt, and the average cost of solar panels in New York is between $3 and $5 per watt. For the typical 5 kWh system, you could expect to pay between $15,000 and $25,000 for your residential solar panel system before any tax credits and rebates. The exact price you’ll pay depends on the size of your system, the type of solar panels you choose, your installation costs, and more.

Luckily, there are plenty of financial benefits to installing solar panels on your home. Tax credits can help you save money on your purchase, and the money you’ll save on energy means you can expect to break even on your solar panels within six to nine years.

Interested in learning more about solar in your area? Fill out the form below to get started.

Not eligible for rooftop? Check your availability with community solar.

There’s no doubt that solar panels are a large investment, but the federal government and many state and local governments have financial incentives in place to help reduce the cost burden for homeowners.

First, the federal government offers a solar tax credit that allows you to save 26% on your solar panel purchase. Keep in mind that the tax credit will be reduced to 22% in 2023 and will disappear in 2024 if Congress doesn’t renew it. You may want to invest in your solar panels sooner rather than later to gain the most benefit from the federal tax credit.

There are plenty of benefits to choosing solar power in New York, including reducing your energy costs, establishing energy independence, or helping the environment.

One of the greatest benefits of installing solar panels on your home is the money you can save on your energy bill. When your home is running on solar energy, you’re paying less to use electricity from the traditional grid. Solar panels also increase the value of your home, which is money in your pocket if you decide to sell.

Installing solar panels on your home can help you establish energy independence, meaning you’re not reliant on the traditional electricity grid to power your home. If you have a solar battery, you can store excess energy produced by your solar panels. This will allow you to remain powered if the traditional grid goes down.

Traditional electricity generation emits greenhouse gasses like carbon dioxide into the atmosphere. However, solar power is a form of green energy, meaning it’s a renewable resource.

When you decide to install solar panels on your home, you’ll have the choice to either buy or lease your panels. While both options have some benefits, buying your panels offers the best financial payoff in the long run.

Buying your own solar panels results in the greatest long-term energy savings, and also allows you to take advantage of the state and federal tax credit, which isn’t available when you lease or enter a PPA. Additionally, purchasing solar panels can increase your home’s resale value by $15,000.

While leasing solar panels isn’t the most cost-effective option, it can still be the right choice for some people. Solar panel leases require a lower upfront cost, making them more affordable. It’s also a great option for those who rent their homes and can’t make permanent changes.

Buying and leasing solar panels aren’t the only options, though. Community solar systems allow residents to enjoy the perks of solar power without making the upfront investment themselves. In fact, New York has invested heavily in community solar over the past several years, making it easily accessible.

New York residents have plenty of options to choose from for solar energy services. The good news is that it makes it easy for you to find a company that meets your needs. Before choosing a solar provider, be sure to review our solar power resources to learn more about solar energy. The more research you do upfront, the more comfortable you’ll feel when it’s finally time to choose your solar panel installer.

The history of solar power in New York

Solar power in New York dates back to the late 1970s when the state passed its solar property tax exemption, which meant homeowners didn’t have to pay additional property taxes for the increase in the value of their homes due to solar panels. It was among the first of states to create a financial incentive for homeowners. In the following years, the state passed its solar easements and rights laws, its solar income tax credit, its net metering policy, and many more.

Solar panels can be an excellent investment, but they may not be right for everyone. Here are a few things to consider before installing solar panels on your home: