How much do solar panels cost in Oregon? 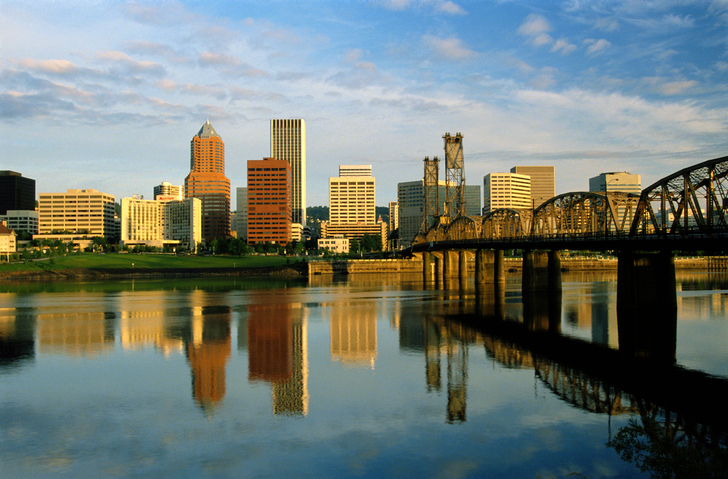 Oregon was one of the earliest adopters of solar power in the country. And despite the state’s reputation for gloomy weather, it ranks among the top half of states for solar energy generation, and it’s only expected to grow over the coming years. If you live in Oregon, you could save money on energy by investing in solar energy, and can help the environment by reducing your home’s carbon footprint. Are you wondering if solar power is right for your home? Keep reading to learn the costs and benefits of solar power in Oregon and whether it’s right for you.

According to Lawrence Berkeley National Laboratory’s Tracking the Sun report, in Oregon solar panel system price per watt ranges between $2.92 and $4.19 per watt, with system sizes ranging from 5-kW to 10.4-kW, resulting in a system cost range between $14,506 and $43,732. The Oregon median solar panel system price per watt is $3.57, and median system size is 7.3-kW, resulting in a $26,106 median system cost. The cost of your solar panel system in Oregon depends on many factors, including the size and configuration of your system, the components included, the local labor and permitting costs. Keep in mind that tax credits and other financial incentives can reduce your out-of-pocket costs. Between these financial incentives and your energy savings, you can expect to break even on your solar panels within about 6-9 years.

While solar panels can be expensive, the federal government and many state and local governments offer financial incentives to reduce your cost burden and encourage investment in solar panels.

The federal government offers a 30% solar tax credit called the Residential Clean Energy Credit when you purchase solar equipment for your home. This tax credit can save you thousands of dollars on your solar panel purchase, by letting you claim the credit on your taxes. The credit applies to purchases made for your primary or secondary residence.

In addition to the federal tax credit, Oregon residents can take advantage of financial incentives offered by the state. Previously, Oregon offered a tax credit of up to $6,000 for homeowners who installed solar panels. This tax credit expired in 2017. That being said, residents can still save with Oregon’s solar electric incentive program, as well as rebate programs that several local governments offer. Oregon also offers a net metering program which allows residents to sell their excess energy to the grid to bank it and draw from it later.

Installing solar panels on your home offers plenty of benefits, including reducing your energy costs, establishing energy independence, and reducing your carbon footprint.

Solar panels on your home can drastically reduce your energy costs. When you install solar panels, those solar panels capture sunlight and convert it into usable energy to power your home. And as long as your home is being powered by solar energy, you aren’t paying for electricity from the traditional energy grid.

Another benefit of installing solar panels on your home is the ability to establish energy independence, meaning you aren’t reliant on the traditional electricity grid to power your home. There are two key benefits to energy independence. First, you don’t have to worry about spiking energy prices when demand is high. And if you have a battery in your solar system, you don’t have to worry about power outages during storms, since your stored solar energy can continue to power your home.

Installing solar panels on your home is an excellent way to reduce your home’s environmental footprint with green energy. While traditional energy generation emits carbon dioxide that contributes to climate change, solar power is a form of clean and renewable energy.

Along with the rise in popularity of solar power, there has been an increase in the number of solar installers on the market. It’s important to understand the difference between a solar manufacturer (the company making the solar system components) and solar installer (the company installing the various system components). SaveOnEnergy has a plethora of resources to help you learn about solar and find an installer that works for your budget and needs.

The history of solar power in Oregon

Oregon was an early adopter of solar power, with the state passing its first solar policies in the mid-1970s. Over the past half-century, some of the state’s most popular solar initiatives have been its property tax exemption, solar easement and rights laws, energy loan program, net metering, and more.

Oregon’s investments in solar energy have paid off. Despite its reputation for overcast weather, Oregon ranks in the top half of states for solar energy generation. Solar power accounts for 2.76% of the state’s electricity, which is enough to power nearly 160,000 homes. Over the past five years, the state has seen a huge increase in utility, commercial, residential, and community solar installations.

Solar power has also contributed significantly to Oregon’s economy. The state has more than 116 solar companies that create thousands of jobs in the state, and the industry is only expected to grow in the future.

Solar panels can be an excellent way to reduce your energy costs and reduce your home’s environmental footprint. But before you install solar panels on your home, there are a few things to consider: