Tesla Powerwall Review | How much does it cost? | SaveOnEnergy®

Tesla Powerwall Review | How much does it cost? 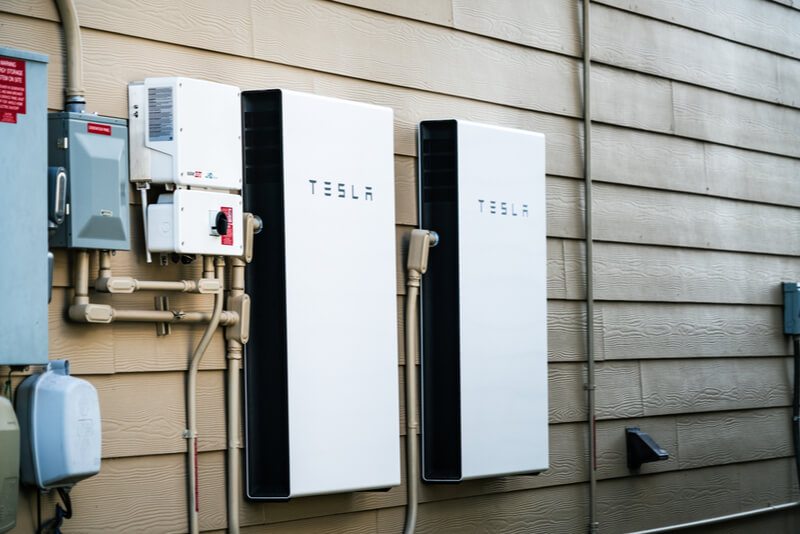 About the Tesla Powerwall home battery

Tesla is known for its electric vehicles, but the company also creates other renewable energy systems, including solar batteries. The Tesla Powerwall is an integrated battery system that can store your solar energy. Included in every Tesla solar purchase, the Powerwall battery can help reduce your dependence on the traditional electricity grid. And since it entered the market, it’s become one of the leading solar batteries available today.

How much does the Tesla Powerwall cost?

The standalone cost of the Tesla Powerwall in 2021 is about $8,500, but there’s a catch. The company no longer sells the Powerwall individually to consumers — instead, you have to buy it as a part of a full home solar system. Combined with Tesla’s solar system, the Powerwall has a price tag of around $10,500, which includes installation and other soft costs.

Because you can’t buy the Powerwall as a standalone product, you’ll have to factor in the cost of the entire solar system. The price of a solar system can vary depending on your energy needs, but in general, you can expect to pay around $35,000 for your Tesla system. Keep in mind, however, that the 26 percent federal solar tax credit and other state and local incentives will reduce your overall costs considerably.

In addition to the federal tax credit, some state and local governments also have incentives in place to help people lower the cost of a solar panel purchase. You can learn more about tax incentives in your state by visiting your state’s solar page at the bottom of this guide.

Key specs and features of the Tesla Powerwall

When you purchase your Tesla home solar panel system, you’ll be able to choose between two different Powerwall models: the Powerwall and the Powerwall+. In this section, we’ll cover the specs of the two batteries and some important features.

Should you buy the Tesla Powerwall?

The Tesla Powerwall is one of the top solar batteries on the market, and it’s easy to see why. It has plenty of advantages over the average solar battery. It has a solid lifespan and warranty, runs more efficiently than most competitors, and has a more impressive DoD.

But despite its advantages, the Powerwall also has some downsides. First, it’s one of the most expensive on the market. While the Powerwall has a price tag of $10,500 when you include installation costs, other solar batteries are available for half of that cost. Additionally, you can only buy the product from Tesla as a part of a full residential solar panel system.

When you’re deciding whether the Tesla Powerwall is right for you, there’s a lot to consider. But the most important factor is whether you want to buy a solar panel system from Tesla. You can’t buy the Powerwall as a standalone product, and it’s only available as a part of the full Tesla system. If you don’t want a Tesla solar system or already have a solar system installed, then you likely need to look elsewhere for your battery. We’ve rounded up a list of the best solar batteries on the market to help you find the perfect one.