How much do solar panels cost in Utah? 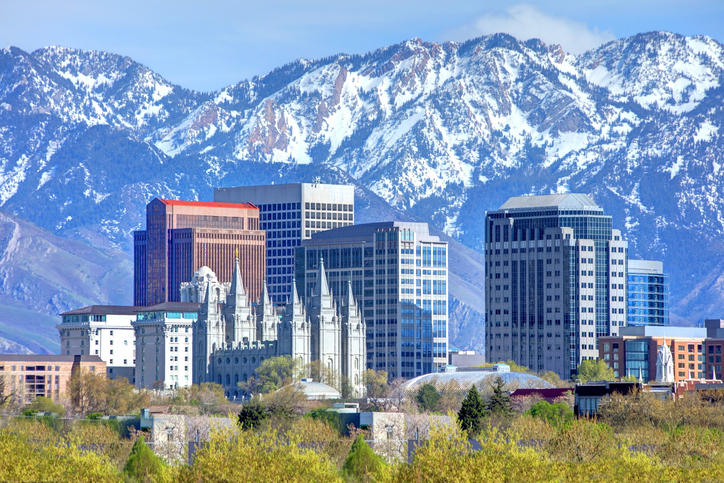 As with much of the country, residential solar panels are becoming increasingly popular in Utah. The state is among the largest producers of solar energy in the United States, and its growth is only expected to grow in the coming years. As a result, it’s easy for Utah residents to find accessible and affordable solar panels for their homes.

Are you considering installing solar panels on your home? Keep reading to learn more about the costs and benefits of solar panels in Utah and how to decide if they’re right for your home.

According to Lawrence Berkeley National Laboratory’s Tracking the Sun report, in Utah solar panel system price per watt ranges between $2.91 and $4.68 per watt, with system sizes ranging from 4.7-kW to 9.6-kW, resulting in a system cost range between $13,734 and $44,930. The Utah median solar panel system price per watt is $3.81, and median system size is 6.7-kW, resulting in a $25,615 median system cost. The good news is that between state and federal financial incentives and potential energy savings, you could make back your money in just six to nine years.

While the upfront costs of solar panels in Utah are high, there are several federal and state incentives and rebates to offset those costs.

The most significant incentive currently available is the federal Federal Solar Tax Credit. The solar tax credit will be 30% from 2022 to 2032 and will drop to 26% in 2033 and 22% in 2034. The credit is set to expire in 2035, so it might be smart to invest in solar panels soon to guarantee you receive the credit.

The state of Utah also offers potential ways for homeowners to save. The state’s renewable energy systems tax credit allows you to claim 25% of your solar panel purchase on your taxes, for up to $1,600 back on your taxes. Other initiatives in the state include Utah’s renewable energy credits program and its solar easements and rights laws.

There are some key benefits to choosing solar power in Utah, including reducing your energy costs, establishing energy independence, and reducing your environmental footprint.

While the upfront cost of solar panels is a major investment, your panels can drastically reduce your energy costs. Anytime your home is being powered by solar energy, you aren’t paying for energy from the traditional electricity grid. You can save even more by selling your excess energy back to the energy grid through Utah’s net metering program.

Another perk of installing solar panels is the ability to establish energy independence, meaning you aren’t reliant on the traditional energy grid to power your home. You can store any power your solar panels generate that your home doesn’t use immediately with solar batteries that are connected to your system.

When you decide to install solar panels on your home, you can choose to either buy or lease them. If you can manage the upfront fees, you’ll end up saving more money in the long run by purchasing your solar panels. Solar panels pay for themselves in 6 to 9 years on average. After that, you’re saving money for every watt of electricity your panels produce. Buying your own solar panels also allows you to take advantage of the federal and state tax credits, and it can increase your home’s resale value by an average of $15,000.

While leasing solar panels isn’t as cost-effective as buying your own solar panels, this option has certainly helped to make solar power more accessible. If you don’t want to pay the large upfront costs of buying solar panels, leasing is a great option. It’s also a good option for people who rent their homes, since buying panels may not make sense.

Another way to benefit from solar energy without the upfront costs is a community solar program. With a shared or community solar project, many homes share the power generated by an offsite plant. This option is great if you can’t afford solar panels, live in an apartment, and in other situations.

In Utah, you have several solar panel companies to choose from. Because it’s a major investment, it’s important that you do your research ahead of time. You can use the resources from SaveOnEnergy to get familiar with the solar industry before choosing an installer.

The history of solar power in Utah

Utah began passing solar policies in the late 1970s when it passed its solar easements regulations. While the state didn’t pass many policies in the following years, it picked up steam again in the early 2000s. The state went on to pass its solar tax credit, its net metering program, Renewable Portfolio Goal, and more.

Today, Utah ranks 12th in the nation for solar energy generation. More than 9% of the state’s electricity comes from solar power, which is enough to power nearly half a million homes. Most of the solar installations in the past decade have been utility investments, but there has been an increase in residential installations as well.

Solar power can be an excellent investment, especially when you combine the potential energy savings with both the federal and state tax credits. However, there are a few things to consider before installing solar panels on your home: