Get started here for electricity rates in Missouri City, TX!

If you’re a resident of Missouri City, you live within the boundaries of the deregulated Texas energy market. This means that you have the power to choose the company that supplies electricity to your home or business.

Get started with SaveOnEnergy by entering your ZIP code above to browse Missouri City electricity rates.

Electricity prices in Missouri City could go up! Lock in a cheap electricity rate today.

In Texas, electricity prices fluctuate. Locking in a low rate today could help you see more predictable energy bills for the duration of your contract.

Check out the chart below from the Energy Information Administration (EIA) to see how average residential electricity rates rise and fall during different times of the year. 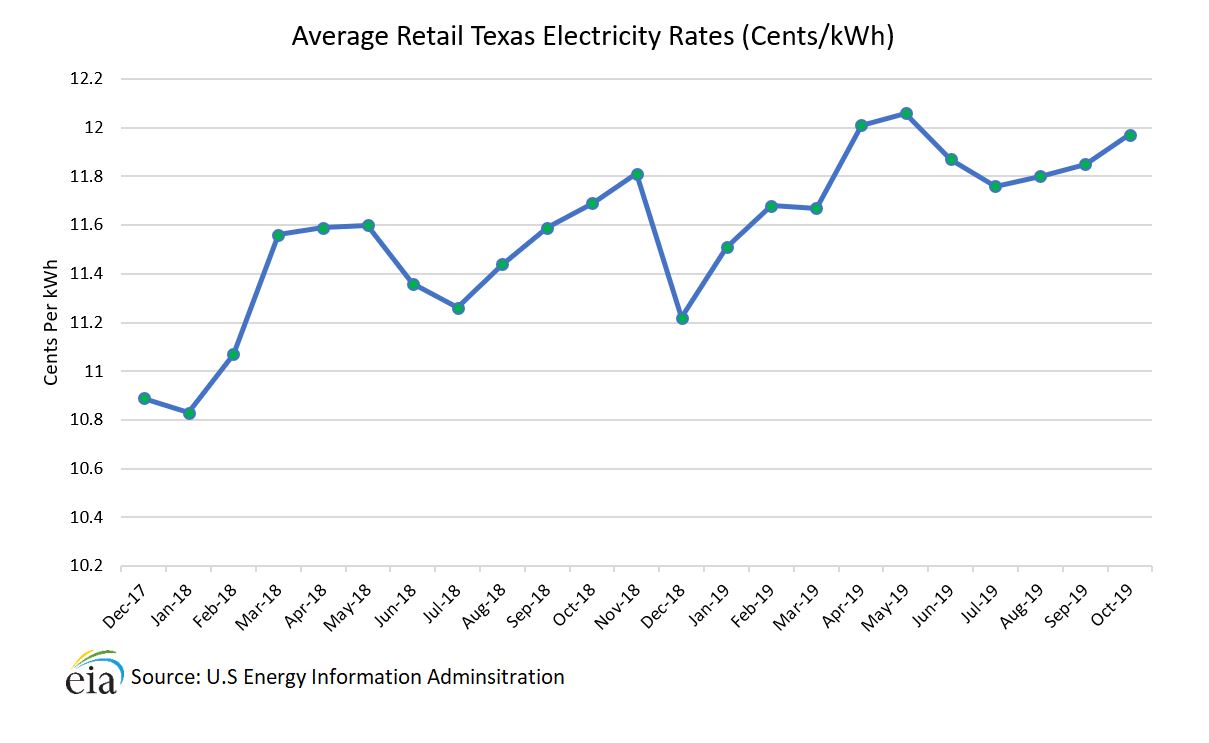 When you use SaveOnEnergy to compare and switch electricity providers, you’ll notice that the process is quick and simple, with only a few steps required on your end. Here’s a look at how it works.

Did you know that Texas is a leading producer of green energy in the United States? The Lone Star State ranks first in the generation of wind energy and in the top five for solar power generation.

As a result, most Missouri City electricity providers offer plans that include renewable energy components. Some suppliers also include the option of going completely green with their plans. You can find out the percentage of renewable energy in a given plan by checking the Electricity Facts Label.

At the same time, providers such as Iberdrola Texas, Gexa Energy, and Chariot Energy exclusively offer green energy plans. As a Missouri City resident or business owner, you can choose to sign up for a green energy plan to reduce your carbon footprint. Enter your ZIP code above to explore green energy providers that serve your area.

Do you own a business in Missouri City?

In Missouri City, your utility company is CenterPoint Energy. They’re the company that’s responsible for maintaining power infrastructure and responding to power outages in your area. Here’s how to contact them in case of an outage.

At SaveOnEnergy, we know that understanding your energy options can get complicated. To help you through the process, we’ve put together a number of online resources that you can consult. We recommend checking out the SaveOnEnergy guide to picking a plan as a good starting point.

If you still have questions, we’re here to help. You can reach a SaveOnEnergy expert by calling the phone number on the page.

In contrast, you have plenty of choice when it comes to Missouri City electricity providers. Some of the most well-known suppliers in the area include: