How much do solar panels cost in California?

Learn about the benefits of solar 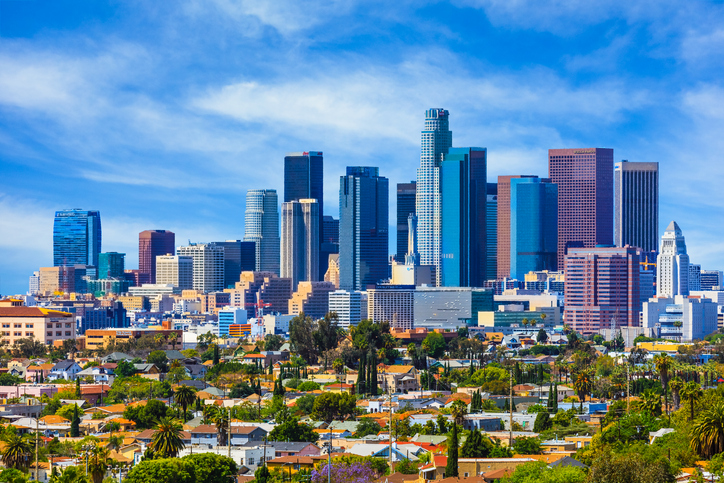 California is the nation’s leader when it comes to solar energy, producing almost 30% of the country’s total solar power. California began promoting solar energy in 1976, much earlier than many other states.

Several factors contribute to the cost of home solar panels in California, including the system size, components, installation costs, and local fees and permits. According to Lawrence Berkeley National Laboratory’s Tracking the Sun report, in California solar panel system price per watt ranges between $3.05 and $4.63 per watt, with system sizes ranging from 3.7-kW to 8.6-kW, resulting in a system cost range between $11,361 and $39,975. The California median solar panel system price per watt is $3.87, and median system size is 5.7kW, resulting in a $21,935 median system cost. However, there are several solar incentives and tax credits available to bring the total cost down, including the 26% federal solar tax credit.

There are also a variety of financing options to help make the transition to solar energy more affordable. You can buy your solar system outright, but many homeowners choose to finance it through a solar loan. You can also lease your solar system or sign a solar power purchase agreement (PPA).

A residential solar system is a big investment. Thankfully, there are incentives, rebates, and tax credits in place to lower the total cost. The federal solar tax credit — also called the solar ITC — offers a 26% tax credit on solar systems installed in 2022. There is no cap on the amount you can claim, so you can take advantage of the solar ITC regardless of the size of your solar system.

There are many reasons why California residents choose to power their homes with solar energy. In the last decade, the cost of solar panels has decreased while the panel technology has improved. Most consumers who choose solar are drawn to lower energy costs, increased independence from the power grid, and wanting to live a more environmentally friendly life.

Installing solar panels can significantly reduce your energy costs. In recent years, electricity rates in California have risen steadily, with an 82% increase in the last 10 years and an average 3%-4% increase annually. California tends to have some of the highest electricity prices in the nation, which is why so many residents are turning to solar as their primary source of power. As long as your solar panels generate energy, your home will be powered by solar power instead of relying on electricity from the grid. As a result, your electricity bill will go down. California consumers could save thousands each year in energy costs by switching to solar energy compared to a traditional California energy bill.

By using solar panels to power your home, you can lower your reliance on the power grid and increase your home’s energy independence. Your home solar panels will generate electricity for your home, so you’ll be less subject to rising electricity rates during times of high demand. Most homeowners who buy solar panels remain connected to the grid so they can still draw power at night or when the sun isn’t shining. If you choose to install a solar battery as a backup source, you may also be able to protect yourself when there are power outages in California. This will depend on the solar battery you choose, as not all solar batteries are able to retain power when there is an electrical outage.

Solar panels aren’t just friendly to your wallet — they’re also beneficial to the environment. Solar energy is a renewable power source, meaning it leaves a much smaller carbon footprint than traditional power sources like gas and coal. When you power your home with solar energy, you can lower your environmental impact because solar energy doesn’t emit the greenhouse gases that contribute to climate change.

Should I buy or lease my solar panels in California?

When you install solar panels on your home, you’ll have the option to either buy or lease the system. When you buy the solar panels, you can pay upfront or finance the system over a period of time outlined in your financing agreement.

Solar leases are another option that can seem attractive because leasing reduces your upfront cost and ensures you won’t be responsible for any future repairs. But there are some downsides to consider as well.

First, when you lease your system, you will always have a payment and will never own your system outright. Additionally, a leased solar system won’t increase the resale value of your home. In fact, it might make it more difficult to sell your home if you were to move, since buyers would have to agree to take on your lease payments. Finally, homeowners who buy their solar panels will experience more energy savings over time than those who lease.

That being said, solar leases or solar power purchase agreements (PPAs) can be good options if you aren’t able to buy solar panels or if you rent your home. You could also consider community solar opportunities in your area as another alternative.

California is a leader in solar power, with a growing number of solar panel companies operating across the state. Solar installers can create a customized solar system that works well for your home and energy consumption. SaveOnEnergy is an independent energy marketplace. We can help you shop for electricity plans as well as renewable options in your area. We work with top-tier solar companies offering leading solar products for consumers in California. If you are ready to connect with a California solar installer, SaveOnEnergy can help. Fill out this form or give us a call at 866-420-6556.

The history of solar power in California

In 1996, California strengthened its commitment to green energy with the passage of the Electric Utility Industry Restructuring Act. In addition to deregulating the energy industry, it also enacted net metering policies that let customers sell extra solar energy back to the grid.

California has continued to invest in solar energy in recent decades, going so far as to require that all new homes built have solar panels. Because of these progressive policies, California has a very high rate of residential solar power generation. The state also has experienced significant investment from utility companies and a rise in solar farms across the state.

Before installing solar panels on your property, there are several factors to take into account because they can impact the effectiveness of your solar system. A few of the most important considerations include: