How much do solar panels cost in Vermont? 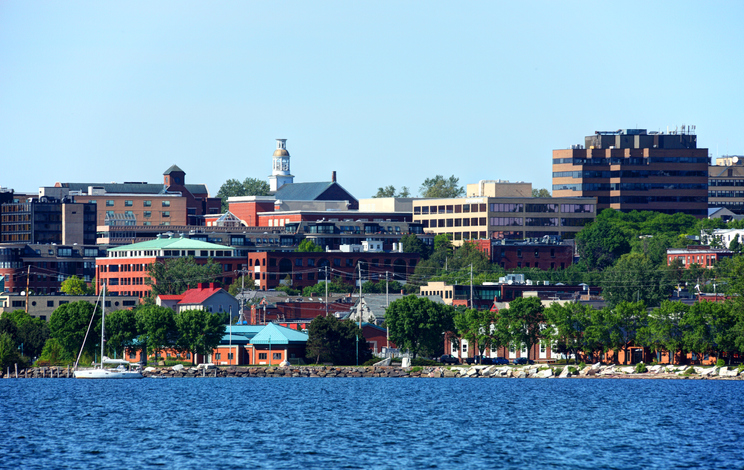 Solar energy in Vermont is growing in popularity, with enough solar to power more than 70,000 homes. Approximately 16% of Vermont’s electricity comes from solar power. An estimated $774 million has been invested in solar power and there are an increasing number of manufacturers, installers, developers and other solar businesses operating throughout the state.

If you are considering investing in solar panels for your home, now is an ideal time as solar panel prices in Vermont have fallen 50% in the last decade. SaveOnEnergy.com® is an independent energy marketplace that can help you discover all the ways solar power can lower your energy costs.

In Vermont, the cost of solar panels will depend upon the size of your solar system, the system’s features, and installation and permitting costs. Residential solar systems will on average cost a Vermont homeowner $3 to $5 per watt for solar panels. The average 6-kilowatt (kW) system normally costs between $11,160 to $46,500. However, this is before factoring in the significant savings available with the 26% federal tax credit and other state and local solar incentives. These savings often result in a homeowner breaking even after six to nine years with a solar panel system.

There are a variety of financing options available for solar panels. Some consumers choose to purchase their system outright, while others finance it over time. Other consumers opt for a solar lease or sign a solar power purchase agreement (PPA).

The SaveOnEnergy marketplace helps you search, compare, sign up and save on the right energy fit for your home – all for free. If you’re interested in solar, answer a few questions to get an exact price quote from our solar advisors.

Purchasing a solar system is a big upfront investment, despite the cost of solar panels in Vermont dropping by 50% in the last 10 years. To make solar more affordable, many states and the federal government have implemented tax credits and rebates to offset the upfront cost. The federal solar tax credit (also called the ITC) offers a 26% credit to homeowners who install solar power in 2022. There is no cap on the amount you can claim from this credit, so you can fully benefit no matter the size of your solar system. The IRS provides detailed instructions on how to claim the federal tax credit.

Vermont also offers a variety of state and local solar incentives to incentivize homeowners to invest in solar. Below is a list of some of the solar incentives in Vermont that can help lower the cost of solar panels.

There are several reasons for why consumers might choose to invest in solar power. Some of the most common incentives for consumers include lowering energy expenses, increasing energy independence, and decreasing their home’s environmental footprint.

Lowering energy costs is one of the most enticing reasons to invest in solar panels. A home solar system can generate enough electricity to cover most (if not all) of your home’s energy needs, so you won’t need to pay as much for traditional electricity. Solar panels also increase your home’s value by an average of $15,000. The increase in home value alone could offset the initial cost of solar panels. Now is the time to invest in solar if you want to maximize your energy savings. There are several Vermont solar rebates and incentives currently available that could expire in coming years. The federal tax credit, for example, is currently set at 26% but will lower to 22% in 2023.

Energy independence is the ability to provide power to your home without relying upon the traditional electrical grid already in place in your community. The benefits of energy independence can be significant. Perhaps most importantly, as a homeowner with solar power, you are not as vulnerable to the fluctuations in grid energy prices, usually meaning price increases during periods of high demand.

It is nice to know that an investment in solar power will improve the environment. Solar energy is both a renewable resource and is environmentally-friendly in comparison with traditional electricity because it does not emit carbon dioxide into the atmosphere. Powering your home with solar energy can help reduce your carbon footprint.

Although purchasing solar panels may deliver the greatest savings, leasing solar panels can be the right choice for some consumers. Because solar leases do not require a large upfront investment, leasing can serve to make solar power available to a larger group of people. And of course, leasing will usually be a better option for those who rent their homes. Keep in mind that if you sign a solar lease or solar power purchase agreement (PPA), you will not be eligible for many incentives, including the federal tax credit. And if you move, you might need to find a buyer who is willing to take over your solar lease.

There are many high quality solar panel companies in Vermont. SaveOnEnergy is an energy marketplace that can help you find a solar company operating in your area. We partner with the trusted, top-tier solar companies to bring you a curated customer experience and customized solar options in Vermont. Want to learn more about how we can help? Fill out this form to receive more information or call 866-420-6556 to speak with a solar expert.

The history of solar power in Vermont

Vermont ranks 35th in the nation for solar power generation, but it is growing quickly in popularity as solar panel prices dropped in recent years. Vermont has always been a state concerned with proper energy use and sustainability. Not surprisingly therefore, the solar industry is alive and well in Vermont.

There are a number of solar farms in Vermont. Solar farms, also referred to as solar parks and solar power stations, operate just like power plants, generating electricity for consumers but in a more cost effective and environmentally friendly manner.

Solar is a growing energy option in Vermont. At the end of 2021, there were almost 10,000 solar installations across the state. The solar industry is also responsible for creating more than 1,000 jobs in Vermont and solar generation is projected to grow by 119 MW in the next five years.

There are a few things to consider before installing solar panels on your home in Vermont: