Is solar right for your home?

Learn about the benefits of solar 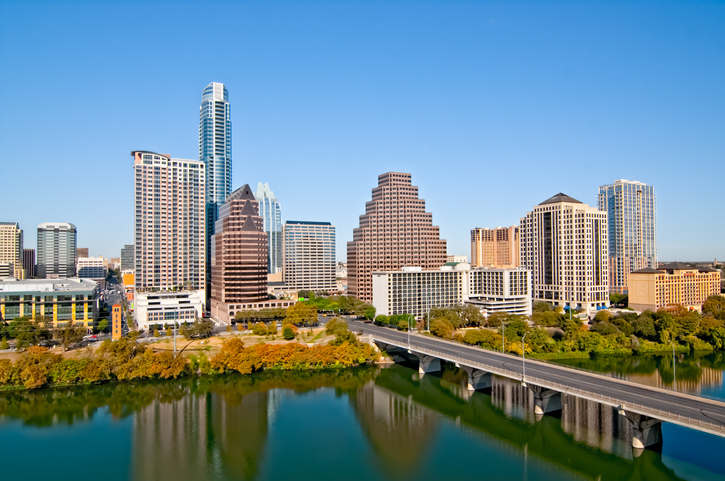 Texas is one of the nation’s leaders in solar power generation. It is second after California with the highest installed solar generating capacity in the U.S. Abundant sunshine, lower solar panel costs, and frequent storms impacting the power grid have boosted the residential solar market in Texas in recent years. There are many benefits to installing a solar system for your home or RV, including significant savings on your electricity bill and a positive environmental impact. Here is a walkthrough of what you need to know about solar panel costs and incentives in Texas

The cost of solar panels is one of the most important considerations for homeowners interested in installing a solar system. The cost is normally measured in dollars per watt. According to Lawrence Berkeley National Laboratory’s Tracking the Sun report, in Texas solar panel system price per watt ranges between $3.23 and $4.01 per watt, with system sizes ranging from 5.4-kW to 10.2-kW, resulting in a system cost range between $17,293 and $41,053. The Texas median solar panel system price per watt is $3.80, and median system size is 7.4-kW, resulting in a $28,288 median system cost.

The exact cost will depend on your energy consumption, solar system size, the type of solar panels used, roof condition and orientation, local permitting fees, and other factors. Homeowners can opt for different financing options or solar leases if the upfront cost is too high. If you choose to buy a solar system for your home, the average period to break even on a solar installation ranges between six to ten years.

As a solar owner in Texas, you can take advantage of federal and state incentives to offset your upfront investment. Currently, Texas doesn’t offer statewide solar tax credits or rebates, but does exempt the property value increase of residential solar systems from taxes. A solar system must be located on the owner’s property for on-site energy use to be eligible for this incentive.

Many utilities and local governments in Texas offer incentives to support solar adoption in the state. Since there are dozens of such incentives across Texas, it is worth researching locally available incentives to lower the cost of solar panels. Below is a list of just a few incentives available to residential solar system owners in the Lone Star state.

There are several reasons to invest in solar power. Consumers most often list lesser energy costs, energy independence, and lowering the carbon footprint of their homes as their primary reasons.

One of the biggest selling points of solar power is that you can significantly reduce your monthly energy bills. Energy generated by your solar system can meet most of your home’s electricity needs. As mentioned above, installing a solar system can also increase the value of your home. A study by Lawrence Berkeley National Laboratory found that a solar system increases the resale value of a home by an average of $15,000. Depending on the cost of your system, that alone might be enough to support your initial investment, not even factoring in the amount you would save on your electricity bills.

By installing a solar system for your home, you can reduce — or in some cases eliminate — your dependence on the electricity grid. Some homeowners find that they can go off the grid with their solar systems. During hours of high demand, typically in the mornings and evening, you will minimize your impact on the grid thanks to your solar system.

These benefits apply to both homeowners and business owners. Most residential solar system owners remain connected to the grid to use energy from the power grid at night or during periods of lower production. However, they are significantly less reliant on the power grid, and their energy bills are much lower than those without solar panels.

Solar energy is beneficial to the environment. The traditional electricity grid relies on burning coal or natural gas to generate power. Greenhouse gas emissions from traditional power generation, such as carbon dioxide, contribute to climate change. By switching to solar power, you help reduce your home’s carbon footprint by using green energy and cutting your electricity costs.

If you are interested in going solar, there are a few different options to acquire the panels. You can buy the system upfront, take out a solar loan, or lease it. If you can afford it, buying your solar panels outright is the best alternative because it will pay for itself quickly. A solar loan or lease can cost you more money over the contract period because of interest and fees.

While leasing solar panels can reduce the upfront costs and avoid potentially costly repairs, there are drawbacks to leasing that you should consider. First, there’s no way to recover that cost when you make lease payments. You don’t have the option of reselling your system to get some of your money back. If you move before your lease is over, you’ll need to find homeowners willing to take on your lease payments.

Second, you will not be eligible for the federal solar tax credit if you lease solar panels. The federal tax credit is only available to homeowners and businesses that have purchased or financed their systems. Overall, homeowners who buy their solar panels will see greater savings in the long run than those who lease them.

There are many available solar panel companies in Texas that can install solar panels for your home. You can choose from a number of trusted solar installers in Texas, who can customize a solar panel system that meets your energy needs. We vet our installers and provide you a curated customer experience.

Here at SaveOnEnergy, we’re your guide to everything solar energy, from checking your availability and discussing your home’s needs to getting you customized options to go solar with ease.

Want to talk with a human? Call our dedicated solar advisors to discuss your solar energy options.

Before installing a solar power system on your property, there’s a lot to consider. There’s no doubt that it’s a significant investment, and you want to do your due diligence upfront. Some of the key factors to consider include:

Texas is a national leader in renewable energy. Solar energy has grown rapidly in the state over the past decade, and the state currently ranks second nationwide for solar power generation behind only California and produces more than 10% of the nation’s total solar power.

Texas began investing in solar energy in 1981 when the state created a Renewable Energy Systems Property Tax Exemption, allowing individuals and businesses to save money by having solar or wind-powered energy devices installed.

Because solar energy and wind power are so prominent in Texas, every traditional electricity plan in the state includes a percentage of renewable energy in the mix. If you are enrolled in a traditional energy plan, check your electricity facts label (EFL) to find the exact amount.